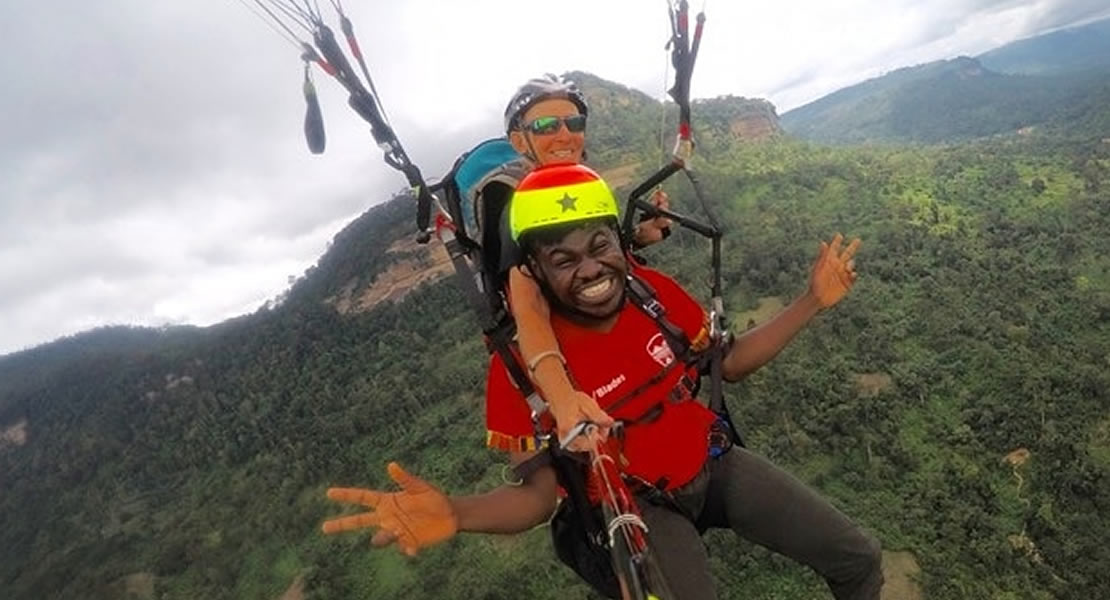 Ms Akua Sena Dansua, Minister of Tourism and Member of Parliament for North Dayi, is expected to perform the official opening ceremony of this year’s paragliding festival, at Kwahu Atibie, in the Eastern Region tomorrow Friday 22th April 2011.

About 32 pilots from seven countries including, Germany, USA, Switzerland and South Africa are expected to take part in event.

A statement issued by Mr Boakye-Boateng Prince, Director of Public Relations, said the event in its 6th edition, has included a durbar of chiefs from the Kwahu Traditional area, which would be held
on Saturday, April 23rd.

“The event which promises to be extra exciting has a host of participants from as far as the Northern Region expected to be present,” it said.

The statement said the Ministry and its agencies, especially the Ghana Tourist Board, entreat Ghanaians to cultivate the habit of taking a vacation by partaking in the celebrations.
It appealed to all visitors to the event to exercise the highest level of morality, decency, and moderation in all activities during the period.

The statement appealed to all road users to drive with care, avoid over speeding and unnecessary overtaking, avoid drink-driving, and adhere to road traffic regulations.

It encouraged all who would not be at Kwahu to find a tourist attraction elsewhere to relax and enjoy the rich natural and cultural heritage sites of the country.