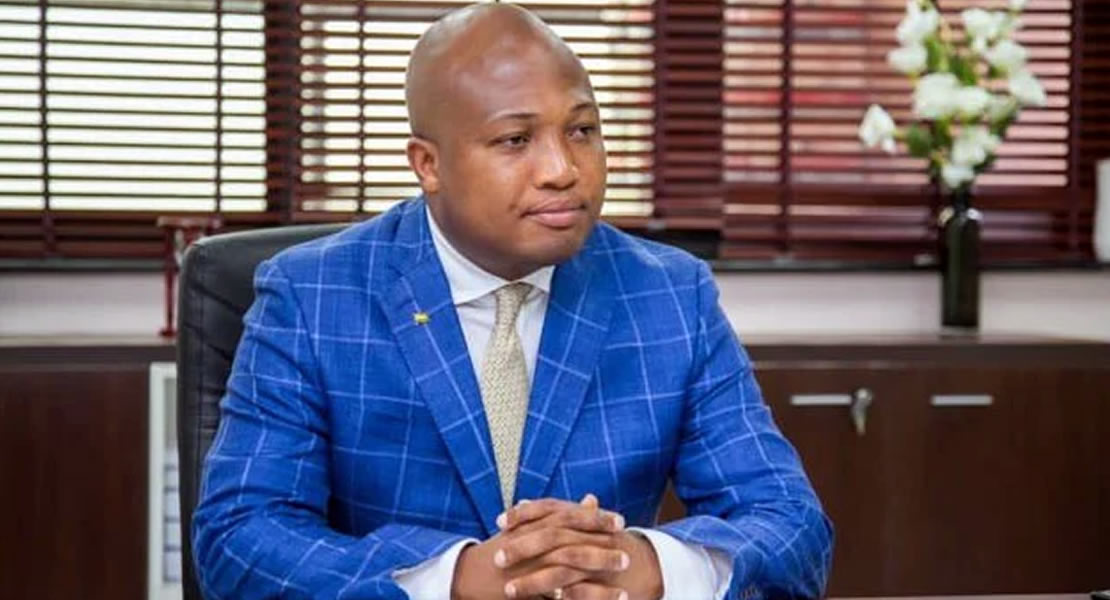 Mr. Samuel Okudzeto Ablakwa has vowed not to relent in his quest to compel government to furnish the public with the cost of the president’s travel in May this year to France, Belgium, and South Africa.

Mr. Ablakwa has therefore served notice that he was filling an urgent question to the National Security Minister, Albert Kan-Dapaah to come to parliament to provide details on the President’s travels in May.

Mr. Ablakwa had been on the heels of the finance minister since June 1, 2021 to appear before parliament to provide details on the president’s travels. And when he (Finance Minister) finally did come, he directed parliament to seek the details they want from the National Security Minister, and Office of Government Machinery (Office of the Chief of Staff), stating that “the President’s domestic and international travels are matters to do with National Security. The National Security Minister is best placed to furnish this Honourable House with the details needed.”

Outraged by the minster’s response, Mr. Ablakwa said the finance minister’s response was shameful and embarrassing about how low the country has sunk when it comes to transparency and accountability, and protecting the public purse. “The President Akuffo Addo’s administration assured the people of this country that they would protect the public purse, from what is going on, it is clear that now we cannot even find the purse at all, and there is a conscious effort to conceal and to cover-up anytime that you demand legitimate answers.”

Cassiel Ato Forson, Member of Parliament for Ajumako-Enyan-Essiam said he finds it shocking, unacceptable and very disrespectful to the people’s representatives of Ghana, the referral to seek answers from another minister.

He noted that the Public Financial Management Act, 2016, Act 921 section 5 cloths the Minister of finance with every responsibility and power, and added that section 4 of the Act made the finance minister the supervising minister for the use of all public funds per any covert entity which include the office of the Chief of Staff, and the National Security Secretariate. “So, for the Minister to appear before us and refer the matter again to the minister responsible for National Security and chief of staff, we find it unacceptable.”

According to him, it is even more worrying when one looks at the issue from Ghana Integrated Financial Management Information System (GIFMIS) point of view, stating that “before they spend on anything, you have to initiate it, the minister of finance would have to accept it before a warrant would be issued before you can even draw down on the money”, hence it is surprising that the minister of finance to say he doesn’t have those details.

He said the answer by the finance minister is a ploy by the government of the day to hide behind technicalities to hide their opulence, and avoid being accountable to the public.

He urged the finance minister to come back to revisit the powers that he has and provide the details Mr. Ablakwa is seeking on the President’s Travel in May this year.