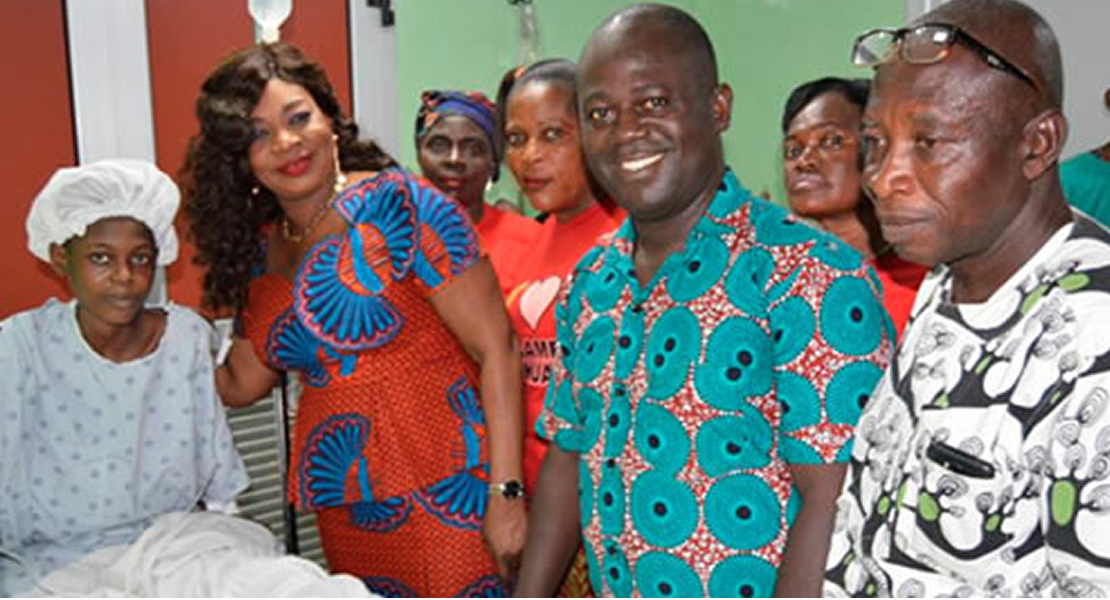 The Member of Parliament (MP) for the Agona East Constituency, Madam Queenstar Maame Pokuah Sawyerr, has extended a hand of support to an amputee to help save her life.

The 15 year-old amputee, Benedicta, from the Volta Region, had her right leg amputated last Monday because it was getting rotten. She suffered from a minor injury in 2015.

Madam Sawyerr, aka Nhyiraba Obaatanpa, went to her aid at the Korle-Bu Teaching Hospital last Tuesday and made a cash donation of GHc 2,000 towards her upkeep. She also gave her some provisions.

She further donated an undisclosed amount for some medical needs as Benedicta was found to be anaemic.