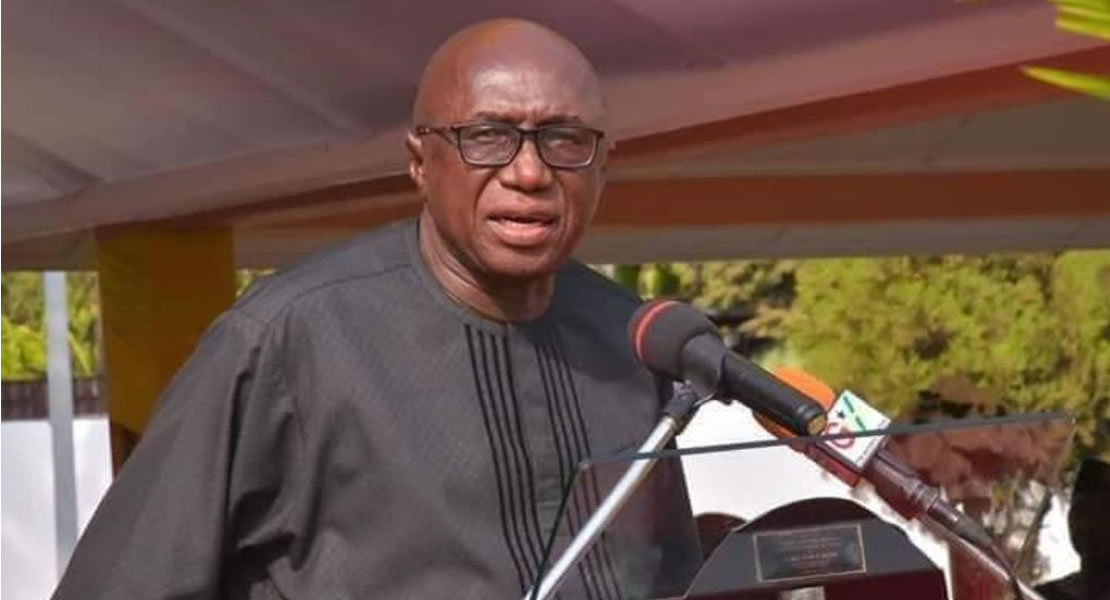 Deputy Minority Leader Ambrose Dery says Ghana is dying to have Nana Addo Dankwa Akufo-Addo as president and it will be the greatest injustice to deny him the opportunity.

Ambrose Dery believes the New Patriotic Party flag-bearer has done enough to deepen the political and democratic culture within the country and has a better appreciation of the problems of Ghana.

“It will be the greatest injustice if Nana Akufo-Addo, after all what he has done for the political development of this country; right from the days of military rule, he was leader; out in the streets; going to court arguing cases out – after all that, it is only fair that he is given the chance to lead this country.”

“Ghana should not miss the opportunity. We have a great President in the making in Nana Addo,” Mr. Dery told Myjoyonline.com at the sidelines of Dr. Mahamudu Bawumiah’s Book Launch in Accra on Tuesday.

Commenting on the recent wrangling within the NDC over who contests President Mills for the NDC’s flagbearership race, the deputy Minority Leader said for a party that has misled this country and has shown gross ineptitude in the administration of the country, he is happy at anything that will cause disaffection for the party and eventually inure to the benefit of the NPP.

“If NDC which has proved to be inept as far as am concerned and has proved that it cannot lead us to the promise land. We think that Nana Addo is going to be a far more viable alternative; yes I am happy if any factor is going to help make it easier for him to come.”

“We know they misled this country, they told things that are not true,” he said, adding, “whatever is going to help us win I am happy. The NDC is just an election winning machine by good and bad means.”

He was however quick to add that the NDC, no matter what happens must survive in order for the country to continue its multi-party democracy.

He also cautioned New Patriotic Party leaders not to be complacent “as happened in the 2008 elections” and urged them to work hard until victory is certain for the NPP IN 2012.

He would not be pushed to comment on the vice-presidential post, even though he has been mentioned within certain quarters as likely candidate for the position.

He said it will be unfair and against the party’s rules to force the flagbearer to select a partner.

According to him he is ready to work in any capacity under a Nana Akufo-Addo presidency.

He was full of praise for Dr. Mahamudu Bawumiah whose launch of his book on Ghana’s monetary policy brought all the bigwigs within the NPP together.

Among persons present at the ceremony were ex-President John Kufuor and Nana Akufo-Addo who supported the former Deputy Governor of the Bank of Ghana’s book by purchasing personal copies of the book at GHS2,000 and GHs3,000 respectively.