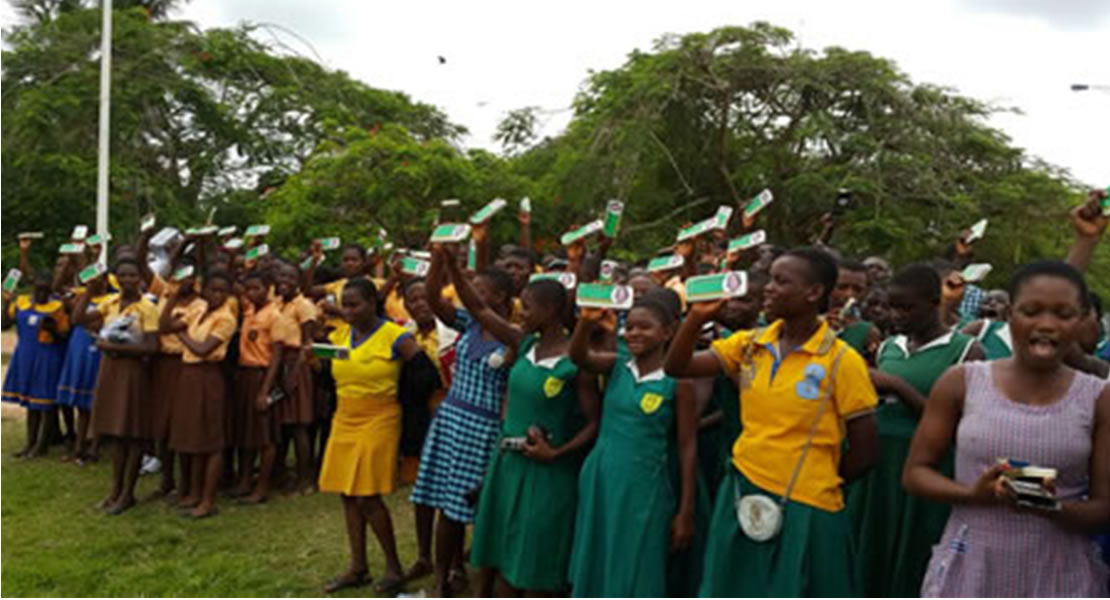 Member of Parliament for the Asikuma-Odoben-Brakwa Constituency in the Central Region, Hon. Georgina Nkrumah Aboah has wished BECE candidates in district well in their upcoming examination.

Hon. Aboah advised the candidates to prepare well and adhere to all rules and regulations governing the examination in order to avoid any problem with exam authorities.

She gave the advice when she distributed 2,400 mathematical sets and pens to all the BECE candidates in the districts to equip them well to write their exams.

District Chief Executive for the area, Samuel Adom Botchway said they are hopeful there will be improvement in the previous results because one area they paid much attention was effective supervision to ensure teachers really prepared the students well.

“We went as far as paying all outstanding allowances to circuit supervisors and gave out money so they could repair their motor bikes to improve their movement. We are therefore optimistic that the efficient and effective supervision that went on during the last one year has helped in adequately preparing the students for better results this time, better than last year”, he stated.

The students have been adequately prepared at their various schools to be able to deal with the task ahead of them.