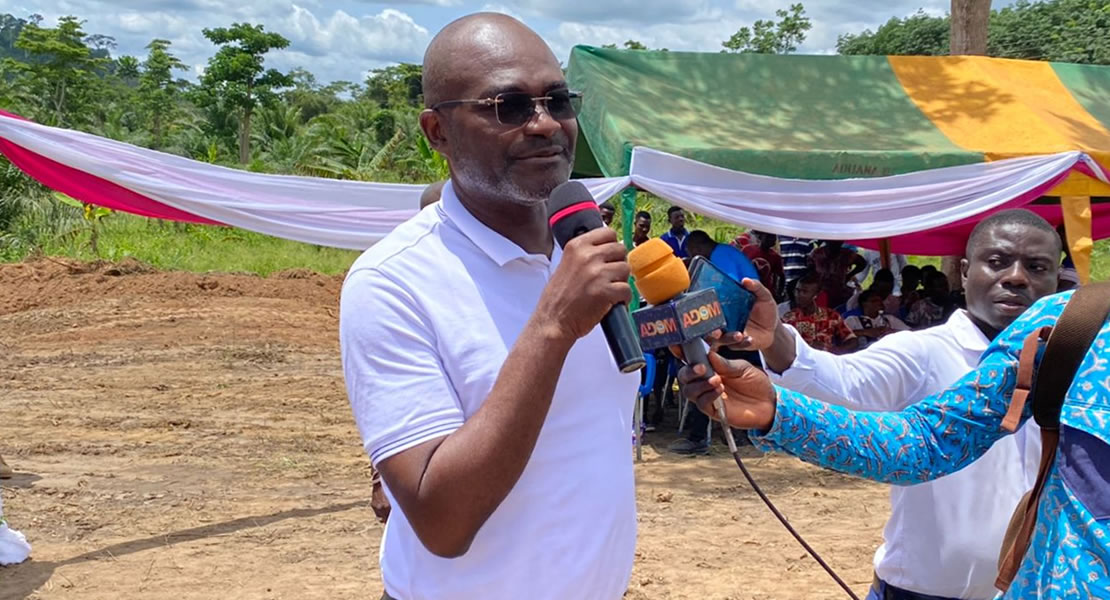 Member of Parliament (MP) for Assin Central, Kennedy Agyapong has cut sod for the commencement of a 12-unit classroom block for the proposed Akotiman Senior High School at Assin Akoropon in the Assin Foso Municipality. The project which is expected to be completed in 6 months is being financed by the Ghana Gas Company Limited as part of their Corporate Social Responsibility (CSR) programme.

During the event, Kennedy Agyapong said the Akotiman SHS is in fulfillment of a campaign promise he made in the round up to the 2020 elections. He said the school when completed will not provide quality education to the people of Akoropon alone but also serve adjoining communities in the area.

He also stressed that education is a key tool to personal and national development; hence, his commitment together with that of the Central Government to ensure provision of quality and accessible education to the constituent. As such, provision of education at the basic and secondary levels will continue to be his topmost priority.

The school when completed will have office for the headmaster and a library. 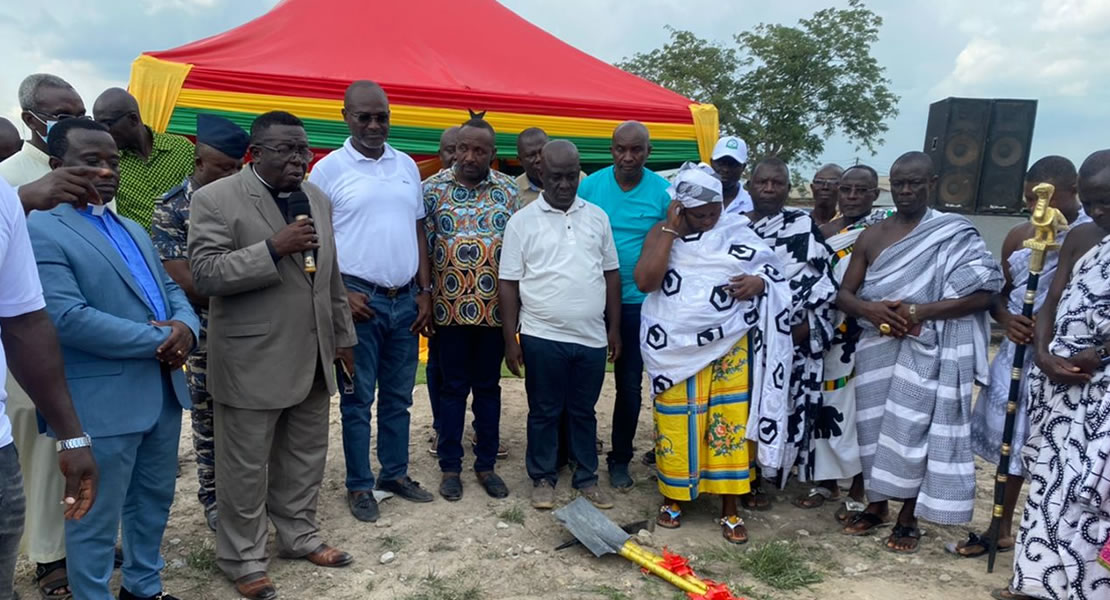 As part of the actualization of his vision for his constituency, he said a number of classroom blocks and dormitories will be added to the facility.

Mr. Kennedy Agyapong thanked the chiefs and people of Assin Akoropon for providing land for the construction of the school. On his part, the Municipal Chief Executive, Nicholas Fiifi Baako commended Ghana Gas and said Akotiman SHS has come in at the right time when the government flagship program the Free SHS is helping to provide equal education to every Ghanaian child. The General Secretary of the New Patriotic Party, Mr John Boadu who was also at the program said he will also use his influence as much as he can to lobby for other amenities to be added to the school.

Meanwhile at Assin Foso Mr. Nicholas Kofi Baako (MCE Assin Foso) and the General Secretary of the New patriotic Party (NPP) cut sod for the construction of a new community center for the chiefs and people of Affutuakwa Traditional area. The project when completed will have conference room and offices which can be used to host events and funerals.