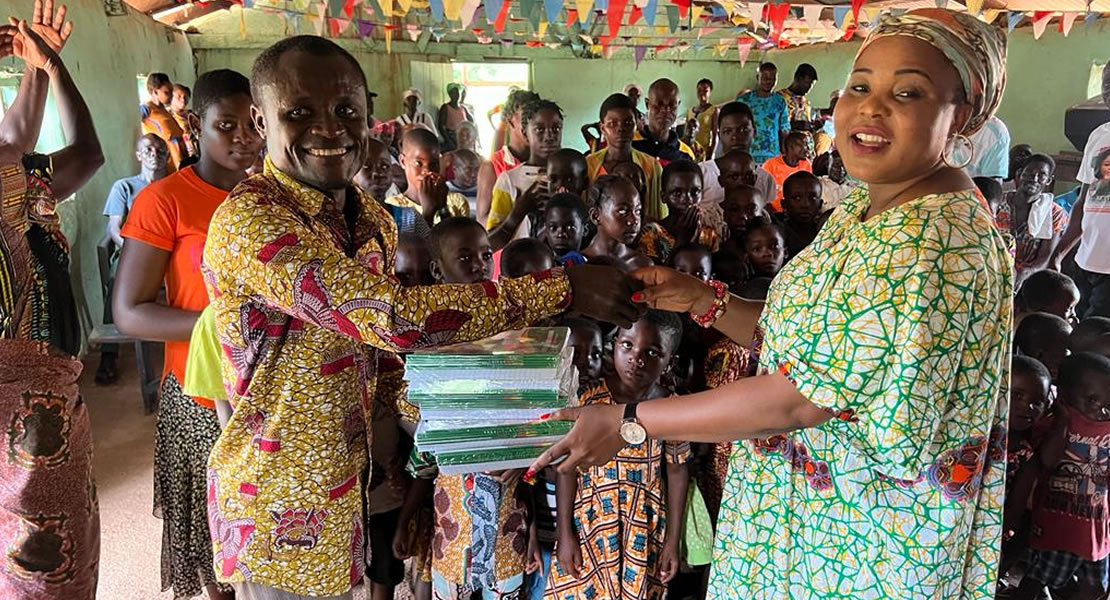 The Member of Parliament for the people of Afram Plains North constituency in the Eastern Region, Betty Nana Efua Krosbi Mensah has once again reached out with her philanthropic gesture to some abandoned Island communities in the Afram Plains enclave.

The MP during her regular tour of over 60 selected communities on the Dwarf and Digya Islands presented several items to help improve the living standards of the people.

Items presented to the communities each according to their specific need base include educational materials, health equipment and logistics, food processing equipment, building materials, lightening systems, sporting paraphernalia among others. 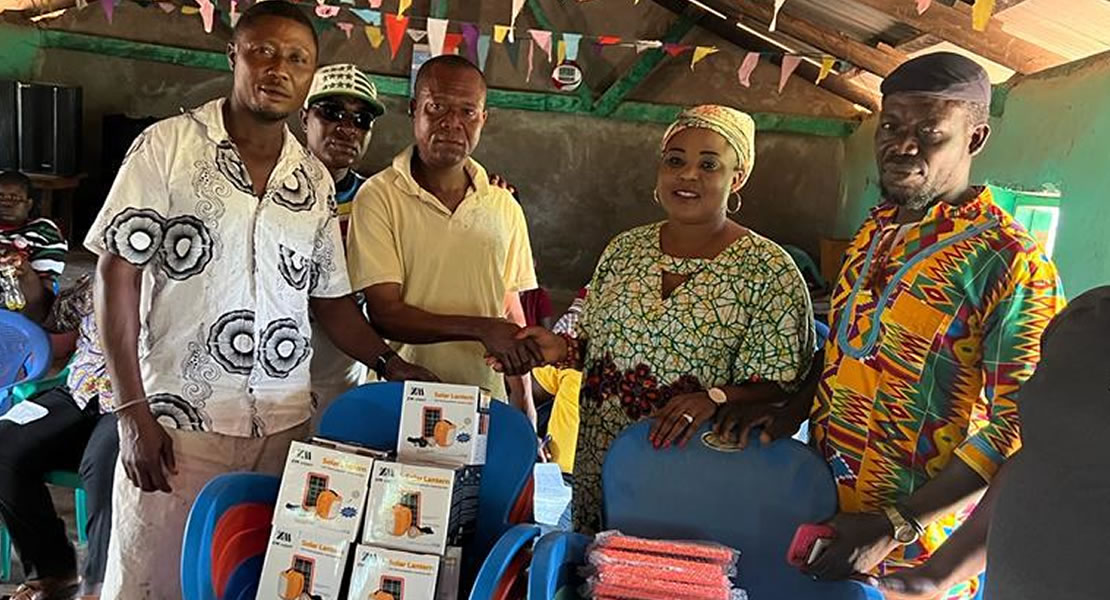 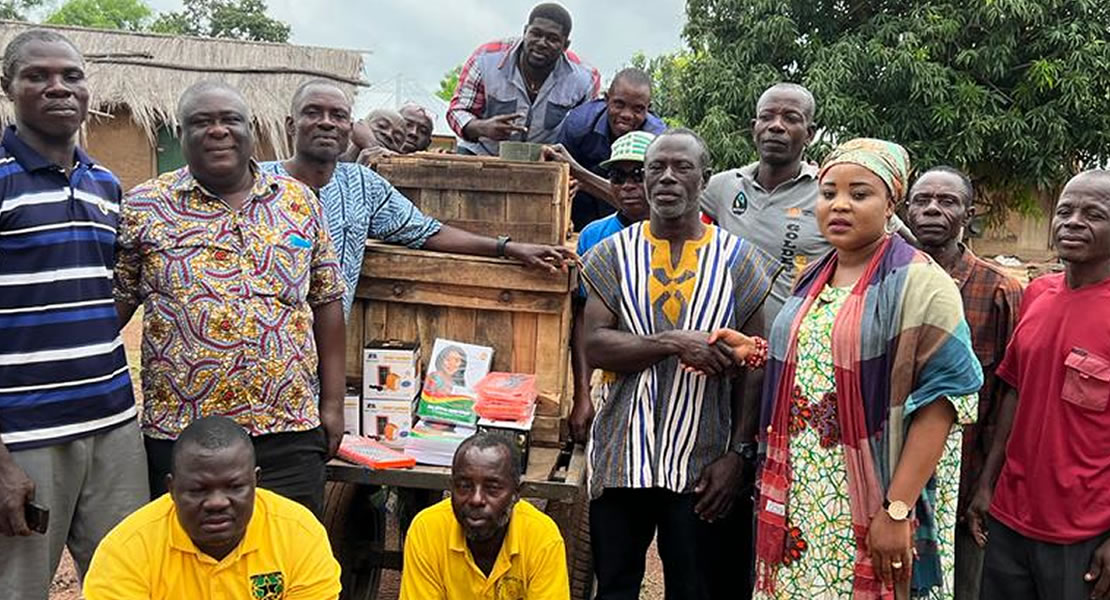 According to Madam Betty Krosbi Mensah who is known variously among her constituents as “Adwumawura” “Mamaga Dorwortor” and several other names due to her hard working nature, she felt obliged to reach-out with her widows mite to the island communities which have been neglected for far too long and lack basic social amenities.

She was hopeful the intervention will help limit the sufferings of the Island dwellers to some extent even as she looks for more resources to help them.

The Afram Plains North lawmaker recently with support from some NGOs in Cananda donated several health and educational logistics including incubators, hospital beds, hundreds of dual desks and exercise book, story books, and bicycles to health facilities, schools school pupils and farmers in the area.
The young MP expended over Ghc 90,000 of her own personal resources on freight and transportation charges to transport the items to Donkokrom for distribution to the beneficiary institutions and individuals.
Ghanamps.com