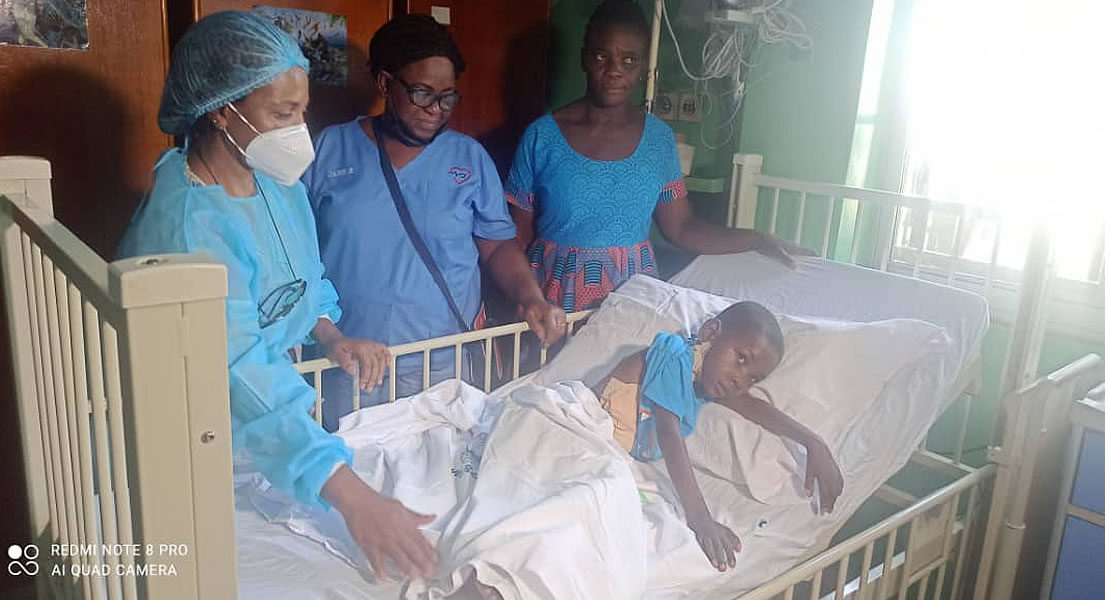 The intervention of the Member of Parliament for Afram Plains North, Betty Krosbi Mensah has saved the life of a five-year-old boy, Callem Apem. 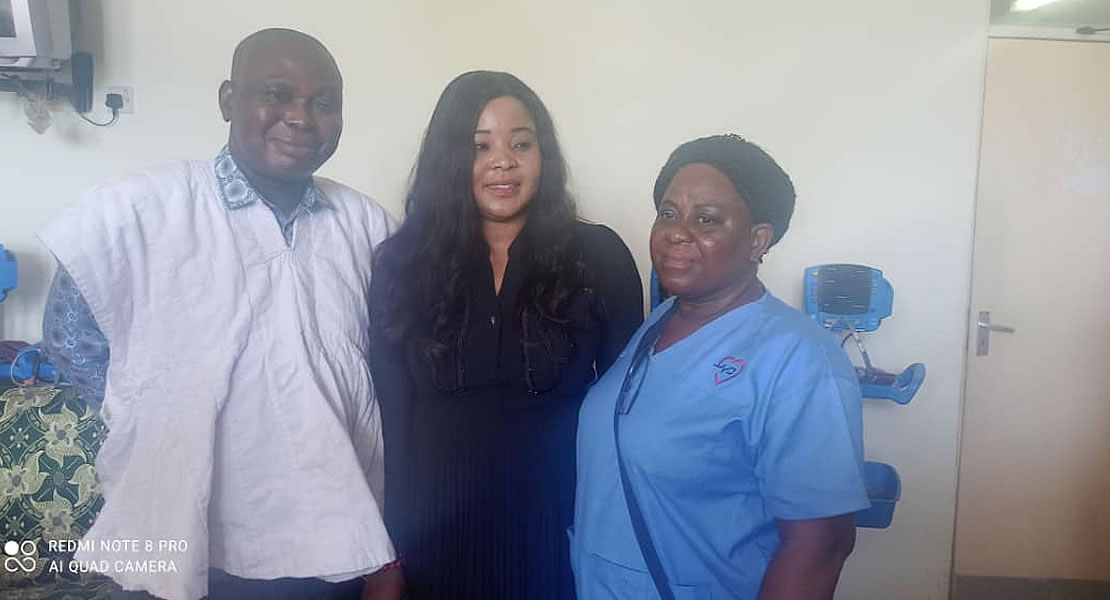 Callem was diagnosed with a hole-in-heart disease, a condition that has rendered him inactive, pale, and malnourished with swollen fingers and red-eye, and brought a lot of worry to his family.

However, the family’s hopeless situation of saving the life of their son due to the high cost of surgery would turn to smiles when Betty Krosbi Mensah, during her usual community tours in the constituency was alerted of Callem’s condition at Fassobator Village.

Her motherly instincts set in and she ordered that the child be taken back to the Korle Bu Teaching Hospital while she makes arrangements to raise the cedi equivalent of $2, 500 dollars (GHc15, 000.00) required for the first phase of the operation. 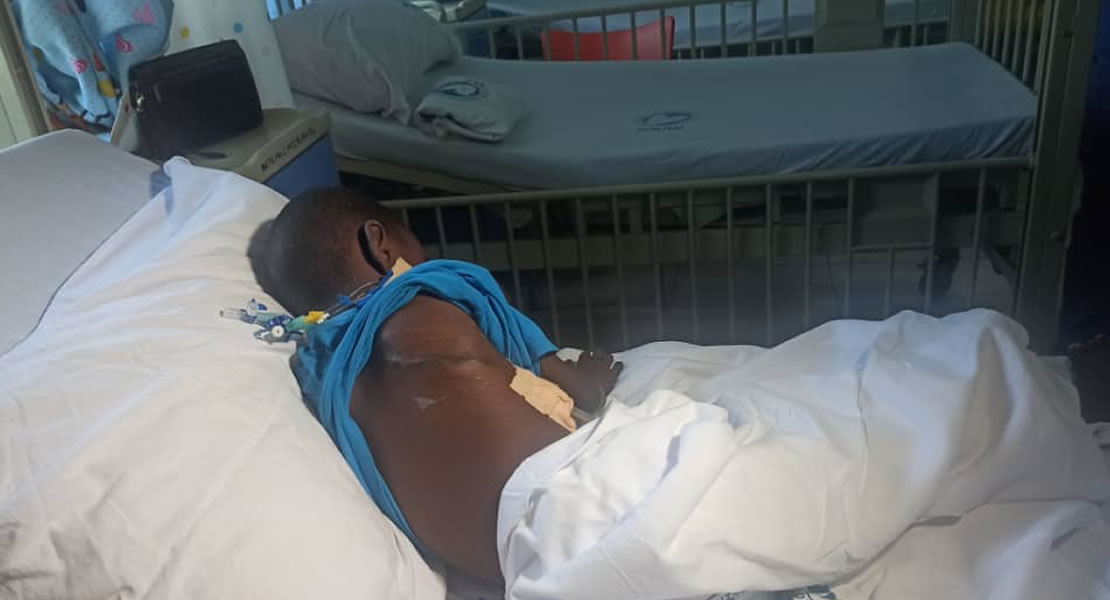 And within days Madam Betty Krosbi was able to raise GHc10,000.00 and with the support of a nongovernmental organization (NGO), Child Heart Foundation which took care of the rest of the cost, the operation has been successfully carried out.

The MP who visited the Callem at the hospital on Wednesday, July 7, 2021, was delighted at the improvement in the boy’s health condition barely a week after the surgery.

Meanwhile, Mary Pady, the grandmother of the boy who is taking care of the Callem at the hospital expressed her profound gratitude to the MP, the doctors, and all other health professionals for the urgency with which they attended to them and how well the child’s condition has improved for the better.

She said even though Callem was diagnosed in February 2021, funds have been a major constraint to saving his life, and but for the timely intervention of the MP, they had no other option to save the boy’s life.

In 2017, the MP extended a similar gesture to 3 children with eye problems who needed to undergo surgery to have their eyes corrected, and through her intervention that surgery was carried out for all 3 children at Agogo Hospital, and today they all have their eyes restored.

CALL for Support for people with heart Conditions

Dr. Lawrence Agyeman Serebor, Director, Cardiothoracic Centre – Korle Bu Teaching Hospital said hole-in-heart conditions are quite common, indicating that statistically, on average one in every one hundred live-birth will present with a whole in heart condition, and in Ghana considering our birth rate and population it is estimated that 8-10 thousand new cases are added every year making it a very common condition in the country. 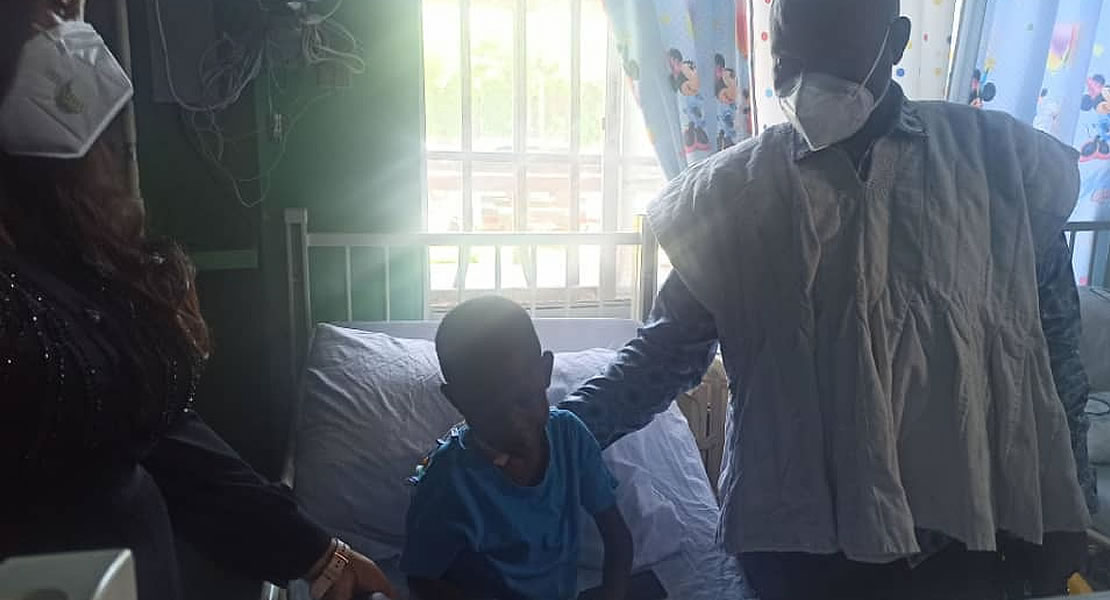 “Every week that we run a clinic here at Cardio, at least we add about 5 new cases to what is already in our data base” stating that about 70% of surgeries carried out at the facility are due to various forms of hole-in-heart conditions.

He, noted, however, that surgeries to correct hole-in-heart conditions are very expensive and many people cannot simply afford to bear the cost hence the need for the public to keep extending their support towards the facility in order that so many individuals with the condition can be saved.

Callem, he noted would have to undergo the second and final phase of surgery within 1/12 – 2 years, which cost will be far more than what has been incurred in the first operation.