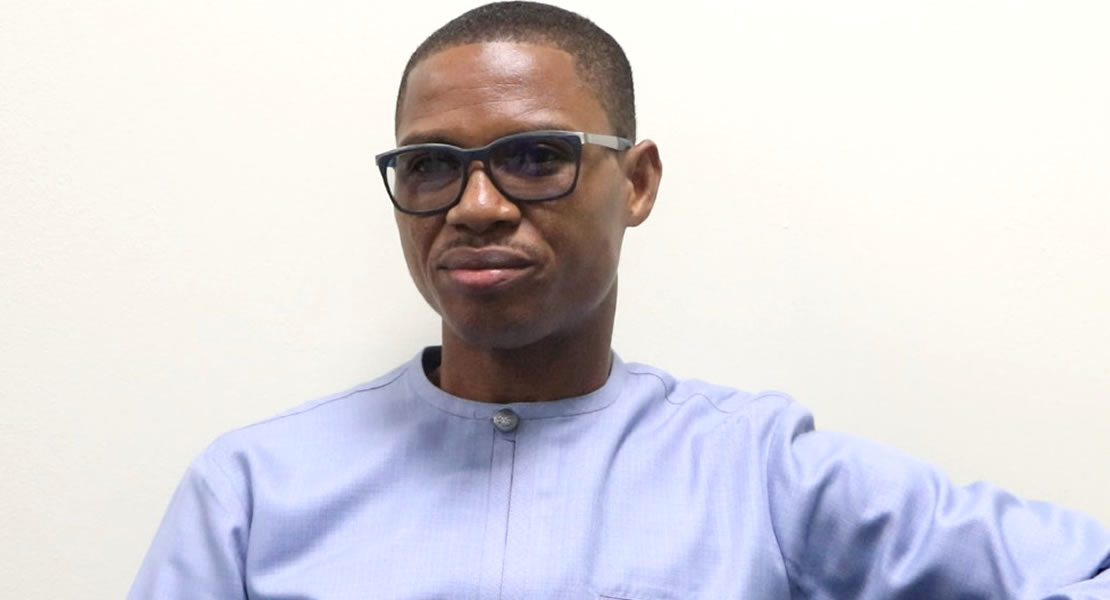 According to William Shakespeare, “No legacy is so rich as honesty”. Honesty, openness and accountability are building blocks for successful governance. Indeed, corruption is inspired by untruths and political propaganda.

We must constantly remind ourselves of our duty to be honest and open as core values of leadership that is sensitive to the plight of his people. In the midst of the #FIXTHECOUNTRY outrage, where the youth have complained of various issues of hardship, unemployment, high cost of living, high taxes, poor roads, lack of national plan, corruption and general economic mismanagement, and many broken promises, one would think that any sensitive government would admit its limitations and pledge itself to do more. Sadly this government is not being honest with the people of Ghana.

I was deeply saddened after I felt great sadness as a Ghanaian as I watched President Akufo Addo’s interview with CNN’s Zain Asher on Ghana’s economic future and prospects for business growth. The President being satisfied about his fight against corruption and indicating that it has reflected in Ghana’s growing position on the rankings of corruption in the world smacks of a President who is mostly unaware, misinformed and unperturbed about improving the quality of life of Ghanaians. The interview simply showed a President who has either lost touch with the people or dishonest about the true state of the country especially on corruption and the Ghana beyond aid agenda.

This also indicates that the NDC’s worst score of 43 on the CPI is equivalent to the NPP’s best score of 43. It therefore came as no surprise when co-founder and Executive Director of Afrobarometer, Prof. Emmanuel Gyimah-Boadi, questioned President Nana Addo Dankwa Akufo-Addo’s commitment to fighting corruption, following the forced retirement of immediate-past Auditor General, Daniel Yao Domelevo. Mr. Gyimah-Boadi said the recent development involving Mr. Domelevo only exposes the President’s lack of credibility in fighting corruption. “As for the President’s credibility in terms of anti-corruption, I am afraid to say it is in tatters. It has been in tatters for a while but this puts a nail in the coffin. I see Domelevo as a victim of well-orchestrated actions by individuals who are [government] officials and by state institutions,” he said.

The extent of corruption in the Akufo Addo-led Administration became more revealing when Ghana’s first ever Special Prosecutor, Martin A.B.K. Amidu, resigned from office, describing the President who set up his office as a “mother serpent of corruption”. This was after Ghana’s widely respected and highly praised Auditor General, Daniel Yaw Domelovo, who was well known and revered for his fight against corruption was asked to proceed on a 142days accumulated leave, and subsequent attacks against his person and nationality to the extent of forced retirement for daring to fight against corruption. All this have occurred under a President who promised to use the “Anas Principle”, a modus operandi by renowned investigative journalist, Anas Aremayaw Anas, in his fight against corruption. Till date, hardly any appointee of the Akufo Addo-led Administration has been prosecuted for corruption and corruption-related offenses despite the numerous corruption scandals that have occurred under the his watch. Some of which include Contracts for Sale, 500 Missing Excavators, Galamsey Fraud Scandal, Cash for Seat, among others.

According to a recent Afro-barometer survey, 53% of Ghanaians say the level of corruption in the country has risen over the past year, with 80% of Ghanaians of the view that either some, most, or all of the President and officials in his office are involved in corruption. According to the 2019 Auditor General’s Report, unaccounted funds from 2017 to 2019 for Public Boards, Corporations, and other Statutory Institutions amounted to GHS20 billion. Also, Metropolitan, Municipal and District Assemblies (MMDAs) could not account for GHS50.4 million from 2017 to 2019. All these have and continue to occur under a President who promised to protect the public purse, contributing to Ghana’s decline in the ease of doing business ranking from 108th in 2016 to 118th in 2020.  According to the World Bank, this was attributable to the introduction of five percent straight levy in 2018, comprising the Ghana Education Trust Fund (GETFund) and the National Health Insurance Levy (NHIL) straight levies at 2.5% each, thus, making the payment of taxes more complicated and more costly as they became a cost to businesses.

In spite of the above, the Akufo Addo-led Government introduced seven new taxes in the 2021 budget, further exacerbating the cost of doing business particularly in a post Covid-19 recovery era. This was reaffirmed by the indices of economic freedom, where Ghana obtained an average score of 57.28 between 2017 and 2020 as compared to 78.63 between 2013 to 2016, representing a decline of 21.35 and percentage change of 27.15%, and indicating a decline in investor confidence in the Ghanaian economy as opposed to the President’s suggestion of creating a level playing field for businesses, whether foreign or domestic, as a way of attracting investments into the country.

GHANA BEYOND AID TO GHANA IN DEBT DISTRESS

Again during the interview, President Akufo Addo stressed the need for Africans to look within and not depend on the generosity of foreign nationals and their tax payers for Africa’s economic prosperity, thus, reinforcing the central theme of his governance of achieving “Ghana beyond Aid”. 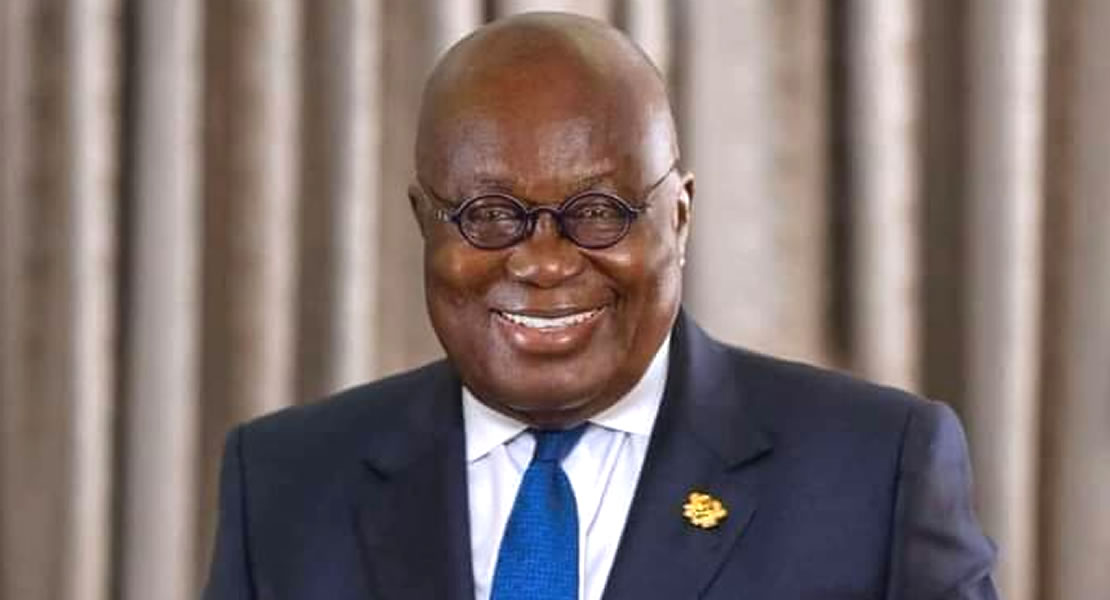 President Nana Akufo-Addo
Despite the President’s re-emphasis which has today been confirmed to be mere rhetoric, it is sad to observe that Ghana’s debt stock has ballooned from GHS122billion as at December 2016 to GHS291.6billion as at December 2020, according to the 2021 budget statement, an increase of 139 percent excluding the financial sector bailout. This represents about 76.1% of GDP including financial sector bailout, with domestic debt obligations comprising 39.1% of GDP, and external obligations 37% of GDP at a period of “Ghana beyond Aid” – This is very disappointing as the World Bank predicts that Ghana’s debt to GDP will reach 81% by 2023. According to the Economic Intelligence Unit (EIU) report issued in April 2021, Ghana is hardly able to ensure prudent debt servicing through prompt payment of maturing principals accruing from official credit facilities, thus, leaving the country in a position which can be described as highly debt distressed.

The dire situation Ghana faces today was exacerbated by the President’s apparent refusal and lack of leadership, amid reasonable counsel from well-meaning Ghanaians especially Civil Society Organisations (CSOs), to constitute a Post Covid-19 Economic Recovery Team to facilitate the development of medium to long term growth and recovery strategies; empower the Manufacturing sector by boosting health supply chain; and ensure reduction in size and expenditure of Government with the objective of lessening the financial impact on the economy.

All these and more in light of the responses by the President shows a Commander-in-Chief who is weak in fighting corruption and lacks the know how in administering a country towards the path of self-sustained economic growth. We must constantly remind ourselves of our duty to be honest and open minded: These are core leadership values that show our sensitivity to the plight of the people.

In conclusion, In the heat of the #FixTheCountry campaign where many young people especially, took to social media to express outrage about a number of issues confronting the country, one would have thought government would have assuaged the anger and fears of citizens by admitting its shortcomings and limitations and reaffirm its commitment to improve their lot. Instead, government sadly chose to lie to the people. it is time for political leadership to be sincere, open and accountable to the people.

Also, the security concerns arising out of the culture of silence, social media uproar in the hashtag #FIXTHE COUNTRY are all sufficient notice for political leaders to show good faith with the people they lead. For now the man in charge is His Excellency Nana Addo Danquah Akuffo-Addo, who must provide sincere leadership than create the impression that he does not know the true state of affairs in Ghana today. Legitimacy of leaders thrives on honesty, honor, sacredness of obligations, faithful protection and unselfish performance. Without these you cannot lead. The President must be sincere in the fight against corruption or lose his legitimacy as President of the republic.

As the voice of ordinary Ghanaians living in Madina, my duty is to hold government and for that matter the president to his high oath of office and to his social contract with the people and to that I commit myself.

Hon. Francis-Xavier Sosu is a private legal practitioner, human rights activist, Member of Parliament for Madina Constituency, member of the Appointments Committee, and Deputy Ranking Member of the Constitutional, Legal and Parliamentary Affairs Committee of Parliament. The writer can be contacted via: francisxavier.sosu@gmail.com www.madinamp.com