As lawmakers in the Community Parliament raise red alert in the Sierra Leone country report, Dr. Sidie Mohammed Tunis set the record straight pointing out that his Country is not trying to change the electoral laws one year into their general elections.

According to him, it is misrepresentation; the district block system that they are talking about is in their laws in their constitution and quoted an amended section 38 3 b to back his point. 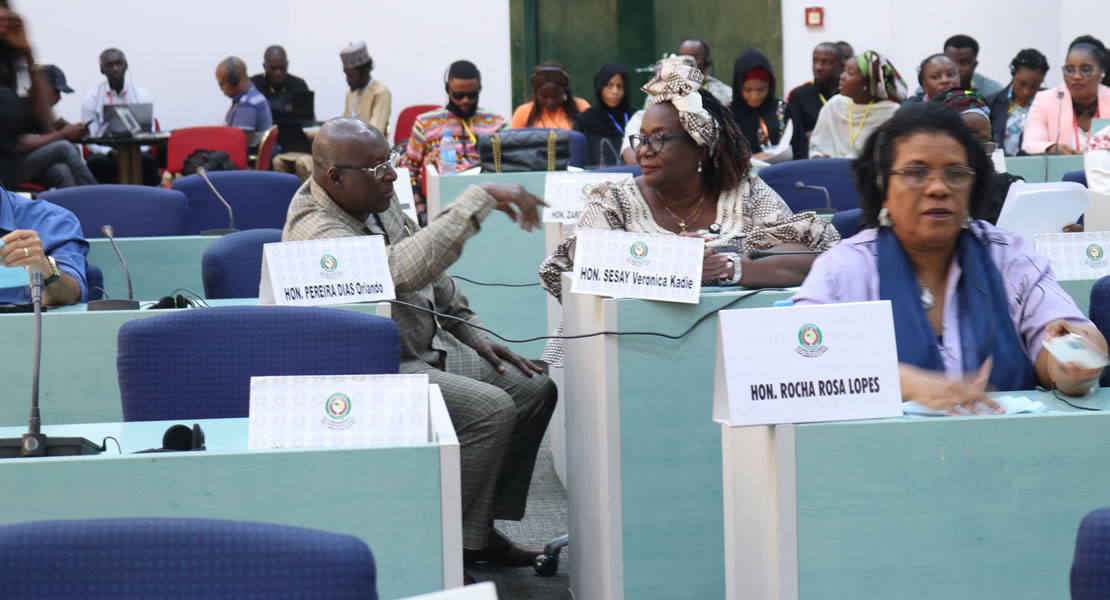 “I said first past the post system, the country shall be divided according to the population quota. There was a census in Sierra Leone in December last year which means the population quota that existed for those constituencies no longer exist. And because of that the president has pronounced the date for the presidential and legislative elections; then national electoral commission of Sierra Leone, they will not be able to go and give quota and divide the place into constituencies based on the current population quota. The last census was in 2015”.

The Rt. Hon Speaker who was presiding over proceedings on Saturday, December 3,2022 had to leave the chair for the third deputy speaker, Madam Memounatou Ibrahima to take the chair as he offered explanation by joining his colleagues from Sierra Leone.

He further told the House the President of Sierra Leone thought it wise to consult with the Electoral Commission to declare for a proportional representation system and hope his colleagues from Liberia will understand that, as they were worried pointing out whatever affects Sierra Leone affects Liberia.

As he speaks there are no constituencies in Sierra Leone now, it was through the same law that he entered into parliament; the first time in 2002, through a district block system of proportional representation.

Also on the political situation, he explained that, any country going into elections – first or third world country there will be some form of tension because of politics. Because people are fighting for power, adding that he is not a security person like his colleague from Liberia, Hon Stephen J. H. Zargo is. 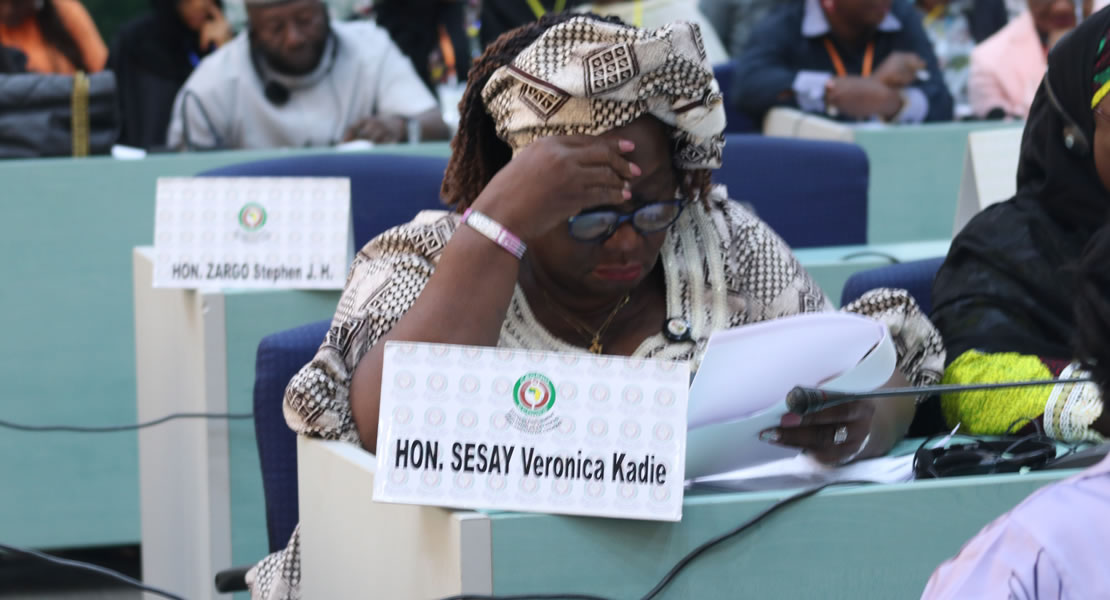 And the problem in Sierra Leone is not inter-party politics; rather it is the intra-party politics. The problem is that the main opposition is in a very serious problem; they are in and out of court every day fighting each other every day and government has nothing to do with that and Hon Edwin Snowe and Hon Momolu Massaquoi know what I am talking about.

On the August 10, 2022 disturbances, their constitution provides for people to air their views. For people to demonstrate peacefully they have the right, but when you have a situation where “the demonstrators have guns and cutlass, that is no longer a peaceful demonstration”. He pointed out that it can only call for the intervention of the security forces because it’s the right of individuals to demonstrate, and government allows them to demonstrate adding that on that faithful day, they were escorted by the police officers who had no arms.

It was at that time that the security forces went in, not a peaceful demonstration as envisaged, then the slogan turn out to be, “Bio must go and were matching towards the states house and Bio is the last name of the president of Sierra Leone. There are video clips and pictures to that effect and we call that peaceful demonstration? No”.

He recounted that, the president was not in the country, he the Speaker was in the country that morning around 9:30am and had a call from the vice president asking where he was, which he responded he was home.

According to him, he did not know what was happening in town, and the vice president invited him to his office and pointed out to him that, there was a problem in town and he had to rush to his office. “Before I got to his office, the whole place was like a war zone, thanks be to God the security forces were able to put everything under control”.

“The six police officers, who were killed, are they not human beings and don’t they have family? They left their wives and kids to go to work to protect peaceful demonstrators”. And indicated that when the whole situation was put under control the president initiated dialogue which involved every stakeholder in the country – chiefs, parliamentarians, disables and he continues to have those consultations. The president set up an independent committee to look into the issues of August 10, 2022 and they are still working”.

The committee is made up of well respected people and a committee recognized by all parties including the main opposition parties. Just last week they visited the site where the police officers were killed and where civilians were also killed, family members of the dead had consultation on how the burial ceremony should take place, he stated.