A member of Ghana’s delegation to the Community Parliament said external influence on the Community’s 2022 draft consolidated budget would have serious consequences on the independence and autonomy of the Community’s institutions.

Mr. Ayariga was speaking in an interview following the presentation of the final report of the ‘Thirtieth Meeting of the Administration and Finance Committee (AFC)’ – held from 25th November – 2nd December 2021  at the ongoing ECOWAS Parliament’s Second Ordinary Session of 2021 (November 29th to December 18th, 2021) which contained the 2022 Draft Consolidated Community budget.

He made this remarks as Community lawmakers were presented with budget on Saturday, December 4, 2021 in Abuja Nigeria.

The Chairman of the AFC, ECOWAS Commission, Mohamed Nurudeen Ismaila said the proposed 2022 Draft Consolidated Community budget of ECOWAS Institutions is in the tune of African Development Bank Units of Account (UA) 394.110.921 (USD 541,941,927), and it is realistic, noting that “the budget is based on realistic figures on the initial income.” 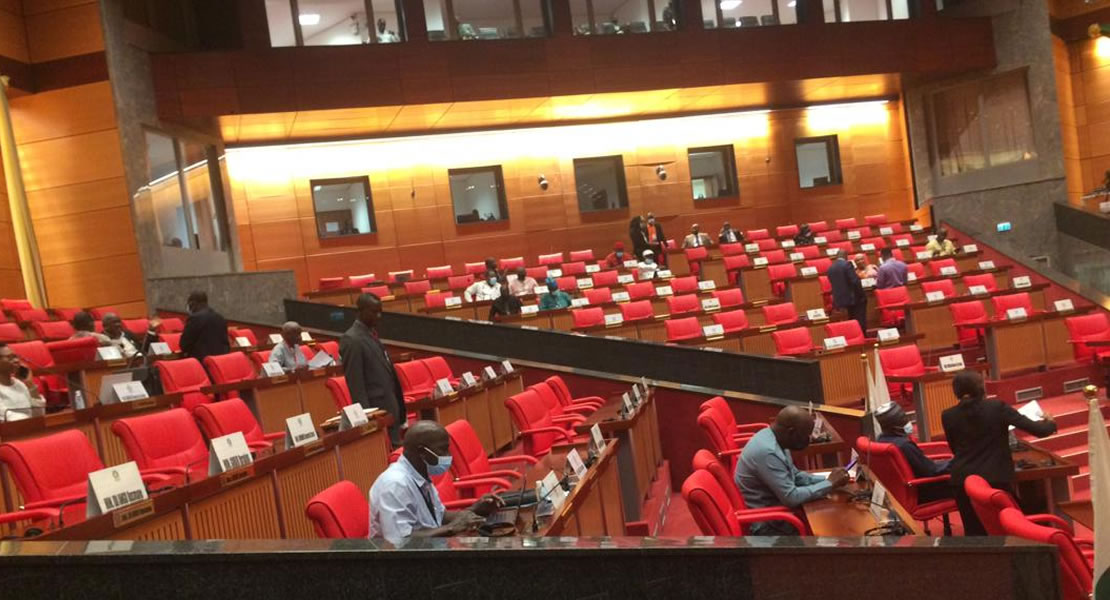 “If you take a look at the proposed 2022 Community Budget, close to thirty percent of it is coming from external sources, even the budget of the institutions themselves, if you compare it to our own internally generated income from the community institutions – the income does not meet the threshold of our institutional total budget expenditure,” Mahama Ayariga said.

He added that, with close to thirty percent of the budget coming from external sources, you can’t guarantee the autonomy and independence of the ECOWAS bloc.

And further said the basic budget of the ECOWAS must be met by the various countries themselves.

“If external funding is coming for programs and projects that I think you can manage the extent to which it can be used to mount pressure on the Community to pursue an interest that will not be truly aligned to the interest of the community. That’s why I raised a concern about how we can sustain our independence and autonomy if we are depending so much on external funding for budget,”

He said one way the Community will cut its over-reliant on external budgetary support is for the Member States to pay their levies.

And lamented that member states  are not paying their levies, if they pay their levies, he believe that it would meet their  basic institutional budget expenditure; adding that the Community has a choice not to be heavily dependent on external funding because they  have  a levy and the levy  is enough   to pay for their bills.

It is the view of the AFC that reading out the list of arrears owed by the Member States is inappropriate despite several calls by MEPs for them to disclose the information which they deem as an unpalatable diplomatic exercise.

Mr. Mahama Ayariga called for the list of member states in arrears to be read out at the Community Parliament and called on his colleagues to play a critical role in getting their countries pay their levies, “but if they don’t have the information, they won’t be able to pursue their governments back home. So, they need to be told that your country hasn’t paid”.

So that when they are home, they would push and monitor their national budgets to see whether a provision has been made and whether the various Finance Ministers are reporting that they are giving the money.

And it can be made a local national parliament issue to hold the Finance Ministers’ accountable for transferring the monies to the ECOWAS. But if you don’t have information, you can’t follow up from the Commission.