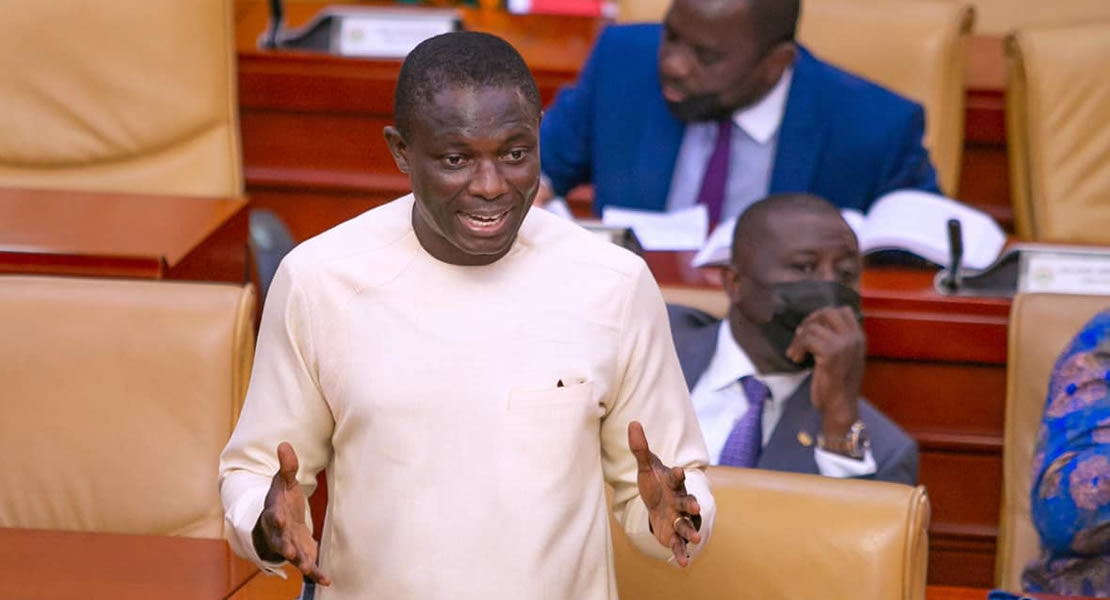 The Chairman of the Finance Committee of Parliament, Kwaku Agyeman  Kwarteng said  Ghana would  hit ground zero if the 2022 Budget Statement and Economic Policy of Government is not approved, warning that the consequences will not be palatable for the citizenry.

According to him, the choice of debating the motion for the approval of the 2022 Budget Statement and Economic Policy of Government will either be to approve it for it to become the foundation upon which Parliament could consider the individual requests for revenue mobilization measures and resource allocations that government is seeking for or to reject the budget for government to start the process afresh.

A rejection of the 2022 Budget, he noted, will come with negative implications which will affect everybody in the country.

Furthermore, government will not be able to honour its international obligations.

“If we don’t approve the budget and by the 1st of January, 2022, there is no approved Appropriation, Public Sector workers cannot be paid, Government cannot honour its international obligations and we will throw this country into chaos. Let those saying we should reject the budget repent from what they are thinking about”. He made these remarks when he second the motion for the approval of the 2022 Budget Statement and Economic Policy of the Government which was moved in the House on Wednesday, November 17, 2021, by the Minister of Finance, Ken Ofori Atta.

Putting up a spirited argument for total support in approving the 2022 Budget, Mr. Kwarteng, who is a former deputy Minister of Finance said Ghana has suffered a lot because of the huge gap between its revenue mobilization and expenditures; stressing that now was the time to bridge that gap and the 2022 Budget “is seeking to do exactly that”.

The Obuasi West NPP lawmaker indicated that since 2006, the gap between the country’s revenue mobilization and expenditures continue to be widening, a development he attributed to lack of bold initiatives by successive governments to address the challenge.

For instance, he said in 2006, for every GH₵100.00 collected for both tax and non-tax revenue, GH₵15.00 is used to pay interest on the loans the country has contracted.

In 2012 getting to the close of the President Mills administration, out of every GH₵100.00 revenue mobilized, GH₵16.00 was used to pay interest on the loans the country had borrowed.

“By 2016, when the Mahama administration was leaving office, for every GH₵100.00 collected as revenue, we were now using GH₵33.00 to finance our interest. I am painting this picture to let us understand the problem this budget is seeking to deal with and to urge you all to approve it”, he noted.

He said as a result of the COVID-19 pandemic which virtually shut down the global economy with Ghana not being left out, all the revenue projections the country made could not be materialized and had to borrow again to meet expenditure.

As a result of this, in 2020, for every GH₵100.00 revenue collected, GH₵45.00 was used to service interest on the loans the country had borrowed.

He said although the year has not ended, indications are that Ghana is likely to spend GH₵47.00 as payment of interest on every GH₵100.00 revenue collected.

The trend, he noted, cannot be allowed to continue since it is not sustainable.