Greater Kumasi Metropolitan Area (GKMA) Sanitation and Water Project is benefit from thirty-thousand household toilets by the end of 2024 as part of the crusade to end open defecation in Ghana’s second biggest city.

And further added in an interview that those Assemblies that fall outside the eight GKMA, the Ministry of Sanitation and Water Resources is considering extending the facility to those districts very soon during the next face of the implementation of the project.

As to whether with the parent project GAMA there had been any experience learnt that would aid the GKMA project, he said; “we are building on the experience and knowledge that we gained from Accra. A lot of lessons that is what is supporting us in the implantation at Greater Kumasi; we did a lot of experiment during the parent project, we ended up having a concept call. The large scale construction of household toilet, this is what gave us the results as we got to Kumasi we are not doing any further experiments,  we put in a contractor that has the capacity and the financial strength to construct the toilet in greater numbers on the ground and they  submit their request for payment pay”. 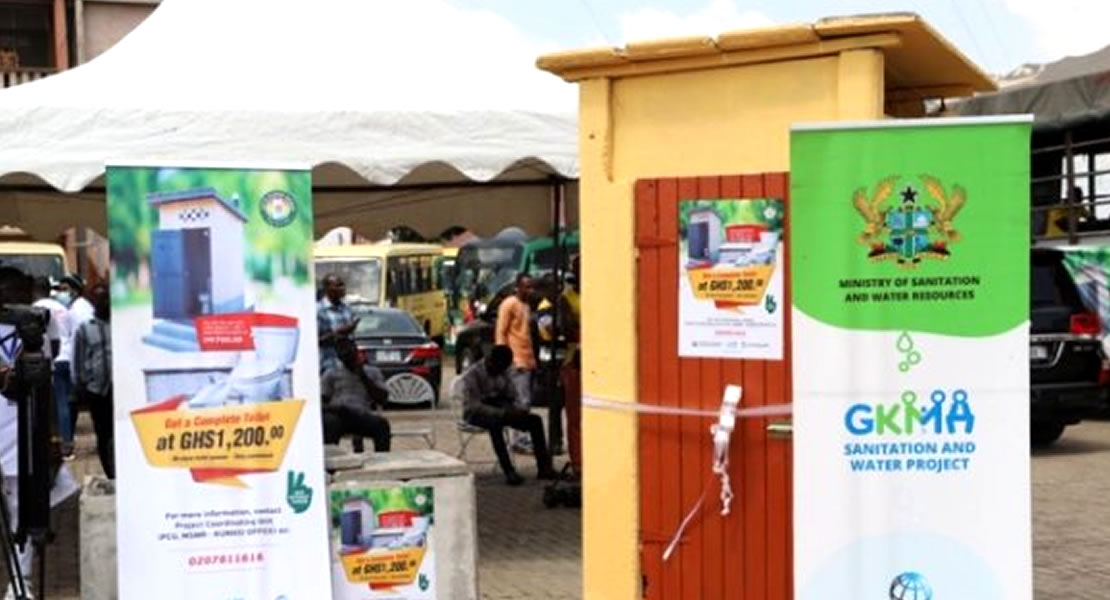 The contractor would pre-finance the construction of the toilet and then they would submit their claim for payment after it has been verified that the toilets exist. “We have a way of verifying so that the toilet can be counted. This is the concept that gave us the over thirty thousand numbers in Accra”.

In an interview with Ghanamps.com, the Coordinator of the GKMA pointed out that the project is targeted at low income areas in the eight (8) Metropolitan and Municipal Assemblies in Kumasi which have been zoned into three, and assigned to contractors to provide quick service.

“We, have also learnt our approach towards sensitization and demand creation;  we are bringing all of them to bear on the ground; the bad lessons we learnt we are not replicating them in Kumasi,  so we are improving it better in GKMA so we should be able to achieve our target before the closing date of the project”.

The GKMA project was officially launched on 23rd November 2020 by the Sector Minister to carry out basic assessment just to take the baseline data of the existing situation in Kumasi before the commencement of the project in October 2021.

“We realised that seventy (70) percent is significant and as the project has been brought to Kumasi, we need to educate them to buy into the concept just as we did in Accra, we would help the beneficiaries in Kumasi to have toilet in their homes”.

The total cost of the toilet is four thousand five hundred Ghana but government of Ghana is taking a chunk of the cost and the beneficiaries are paying, thousand two hundred Ghana cedis, “so everybody is supposed to have his or her own toilet in their homes; you have no excuses, government is supporting you it is for Ghanaians and those at the low income communities in Kumasi”.