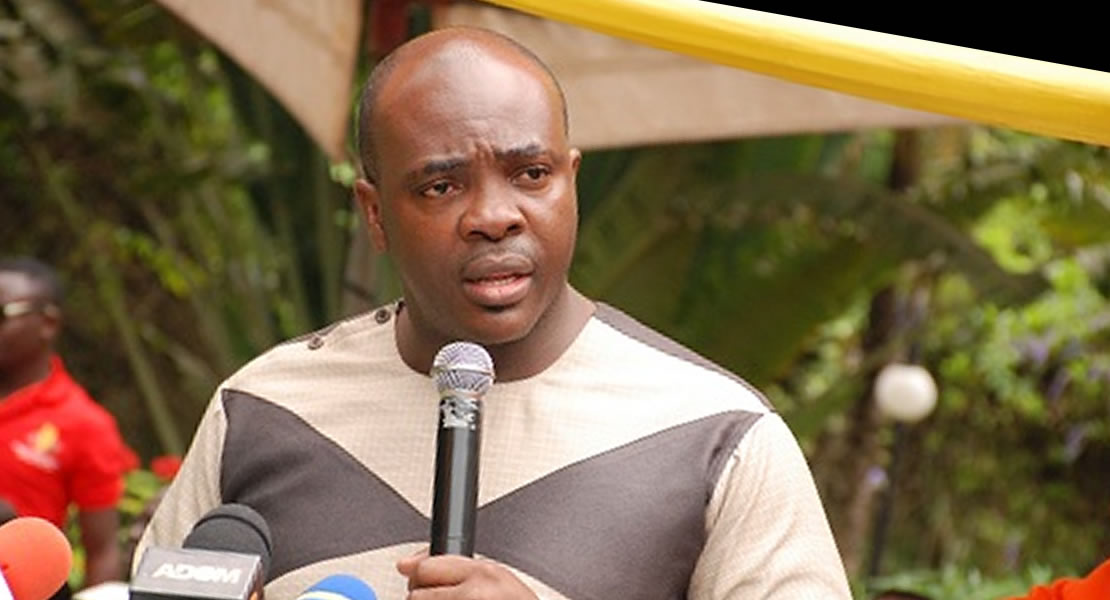 The Member of Parliament for Atwima Mponua, Isaac Asiama has challenged government to prove that the proposed aircraft to be bought for the country’s Armed Forces does not include a presidential jet to be used by the President.

Defense Minister J.H. Smith’s request to Parliament for the approval of a loan facility to purchase 5 aircraft for the country’s Armed Forces led to a heated debate between the Minority and Majority Members of Parliament about whether or not the aircraft will actually be given to the security forces to use or it would be used by the President.

Speaking on Multi TV’s political talk show, Minority Caucus, the Mr. Asiama said it was about time government dropped its hypocritical stance over the status of the aircraft and admitted that one of the aircraft being purchased was indeed a presidential jet.

He accused the Mills administration of “hypocrisy” and ‘double standards’ since they claim to be “social democrats but are not being gracious with the tax payer’s money.”

According to him “when you talk about executive jet, it is not about the name executive jet. It is what is in it, what it contains, so when you are going to have all these options embodied in the plane, then obviously, it’s for the president. Nobody can deceive anybody. Let me tell you, go to the falcon 900 that they spoke about, the options there do not meet this one at all.”

The Atwima Mponua MP who last Saturday explained the minority’s position on the jet on Multi TV/Joy FM’s news analysis program Newsfile added that “we support in principle that we need to equip the Ghana Armed Forces” adding that the minority also has a genuine concern about the manner in which the government is going about the purchase of the jet.

“The figures projected by the NDC for the purchase of the jets are highly exorbitant”, he added.

“Some of the figures that have turned out and the fact that we are going to spend a whooping sum of $17 million to construct a hanger is something that we should all be concerned about. When you look at the Embraer thing, for example when you go through it, the loan arrangement is quite a suspect, talk of commitment fee, insurance and all these things that are embedded in the loan agreement is something that we must take a second look at.”

“And also the figures… when you go through the figures, horrible figures that have been churned out and some of us are quite disturbed. When you go through the figures and look at it, extra fuel tanks costing us 8 million dollars – and as I said the other time, one would expect social democrats to be more gracious to the tax payer and not to waste scarce resources. Their hypocrisy is too much, how can you be spending an amount of 14 billion cedis on flight entertainment.”

Mr. Asiama added that government’s timing for the purchase of the 5 aircraft was wrong considering the socio-economic hardships Ghanaians are facing presently.

“So I am asking that is the time now matured for us that today we are better off, we are developed, that Ghanaians are happy, that we are going to spend a whooping sum of 3.7 trillion cedis on 5 planes as against quality water delivery, against quality infrastructure in schools, against energy delivery, our energy sector is in disarray” he added.