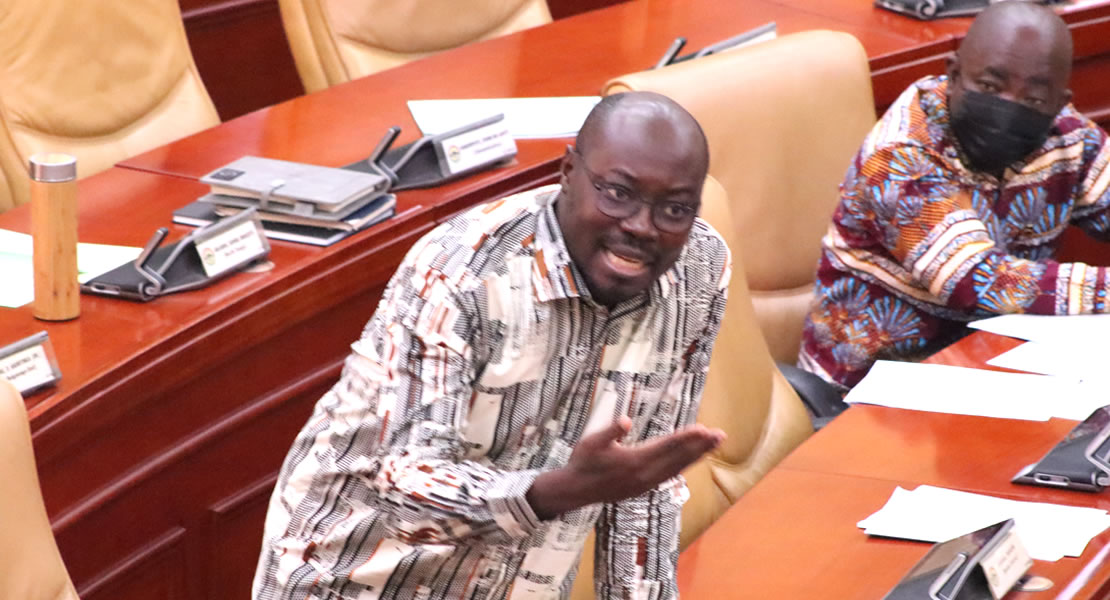 Ranking Member on the Finance Committee of Parliament, Dr. Casel Ato Forson Baah  has revealed that the Government through the Bank of Ghana printed over GHC22billion between January to June 2022, without parliamentary approval. Dr. Ato Forson in a press briefing in Parliament on Monday July 25, 2022, in reaction to a statement presented by the Minister for Finance in his Mid-Year Budget Review said “the Minister for Finance and the Government had gone to the Bank of Ghana and they have encouraged the Bank of Ghana to print money worth 22billion Ghana Cedis without the knowledge of Parliament”

He said he is saddened by the revelation adding that “no wonder inflation is galloping and our reserve position is dwindling, because when you create new money out of the thin air what happens is that inflation would go up, again because it’s a new money, you would end up losing your reserves because there would be new consumptions”.

The Ranking who is also the Member of Parliament for Ajumako-Enyan-Esiam Constituency expressed dismay that the finance minister failed to announce such an important factor in the financial management of the government in his statement only for him to find it in the Mid-Year Review document that 22billion and 48million Ghana cedis was printed and no one was informed about it, not even parliament.

He described the development as illegal and it is against the Bank of Ghana Act; and urged the Governor of the Bank of Ghana that he has engaged in gross illegality. He thus advised him that “in future if he is asked to print money, he should first come to parliament first before he acts. According to him, the omission by the Finance Minister to disclose the printing of the 22billion and 48million Ghana cedis renders the statement a “nullity; he should come back again and deliver a new Mid-Year Review because this is material; it is in fact pervasive for a minister to omit the fact that they have taken GHC22billion from the Central Bank is pervasive, i cannot accept it”.

According to him, the move is scandalous, and “he should have at least as part of his statement mention to us, apparently it is hidden in the appendices”, he stated. He warned that if the trend of money printing continues, he would not be surprised that we would end the year with inflation of 50%, and we would end up depleting the entire foreign reserves of our country to the extent that a time would come we may not end up getting money to take care of our major imports such as petroleum products and medicine”.

He said monetary financing is not the way to go at the time the investor community has lost hope in the economy, adding that one thing the NDC successfully removed in the year 2016 was the fact that we removed what we call fiscal dominance. “Today fiscal dominance is back in style, is back with jacket, it is back in a way that is not acceptable”.