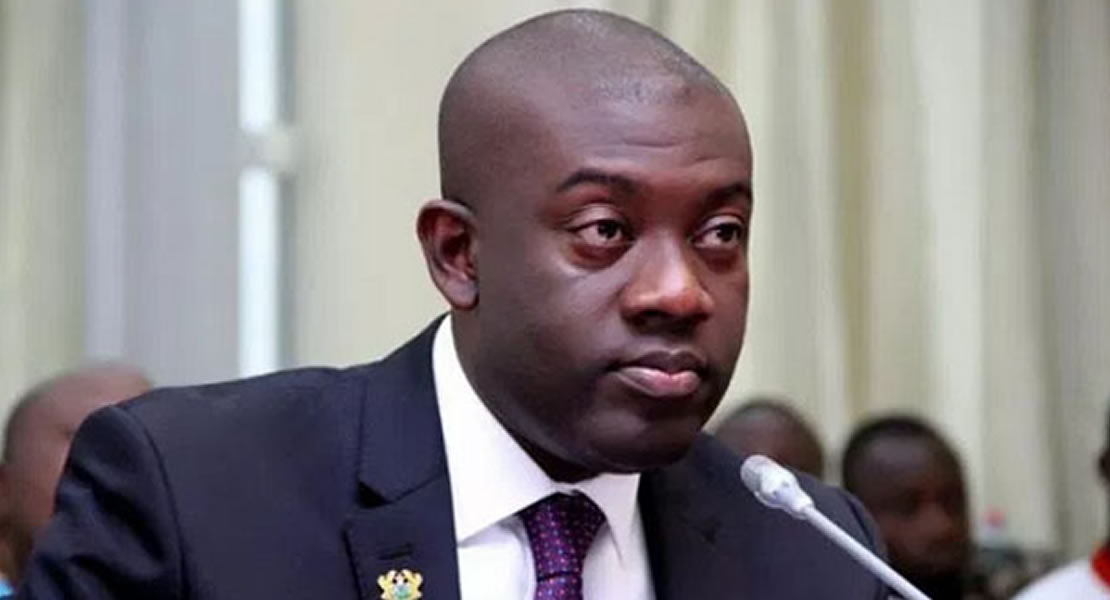 The Akufo-Addo government is unflustered by the petition to Commission on Human Rights and Administrative Justice (CHRAJ) to investigate the possible conflict of interest in the $2.25 billion bond issue.

“As far as we are concerned, every appropriate rule has been followed. The right thing has been done at all steps and we are moving forward to deal with the other challenges we have inherited as a government, and also to fulfill the campaign promises we made to the people of Ghana,” Mr. Oppong Nkrumah said.

He, however, said the petitioner, the Ashanti Regional Youth Organiser of the National Democratic Congress (NDC), Yaw Brogya Genfi, is only exercising a right he is entitled too “and I think we will all expect CHRAJ to do its work and put out its findings.”

Yaw Brogya Genfi’s petition follows concerns by the Minority over what they term as “conflict of interest” in the $2.25 bond issue, which the Government has vehemently denied.

The Minority in its conflict of interest allegations, said a non-executive director on the board of Investment Firm, Franklin Templeton, who purchased 95 percent of the $2.25 billion bond, is also the Chairman of the Enterprise Group, which has links to the Attorney-General and the Finance Minister.

The Ministry of Finance, however, described the attacks on the $2.25 billion bond issued as baseless.

Brogya Genfi demands answers
Yaw Brogya Genfi
Brogya Genfi, in his petition, sided with this position, saying Mr. Ofori Atta “has attempted to promote a private or personal interest for himself or for some family members and business associates, and the promotion of the private interest has resulted in, or was intended to result in, or appears to have resulted in, or has the potential to result in an interference with the objective exercise of his duties and an improper benefit or an advantage by virtue of his position”

Mr. Genfi also demanded that the following questions must be answered:

Was a substantial portion of the bond purchased by Franklin Templeton Investments, if so, how much?

Is Trevor G. Trefgarne a Director of Franklin Templeton Investments?

Is Trevor G. Trefgarne the Chairman/Director of Enterprise Group Ltd?

If not, were they Directors of the Board in the immediate past?

Does Databank Ltd. own part of Enterprise Group Ltd. or any of its affiliates?

Did Hon. Gloria Akuffo resign from the board of Enterprise Group Ltd. and, if so, was this before the commencement of the process of the bond issuance?

Did Hon. Gloria Akuffo, as Attorney-General & Minister for Justice, have no knowledge of the bond arrangement and, if so, why not?

Were the initial pricing guidelines of the Bond issued around 5:37pm on March 30, 2017, after normal working hours?

Was the transaction opened before the announcement was made to the public? • Was the placement method used competitive and transparent or was it “cooked” for one single investor?

• Did the Minister for Finance make full disclosure of his relational interest in the bond issuance either before or during the process?

Did the Attorney-General make full disclosure of her relational interest in the bond issuance either before or during the process?

Should the Minister for Finance resign or be removed from office?

Should the Attorney-General resign or be removed from office?