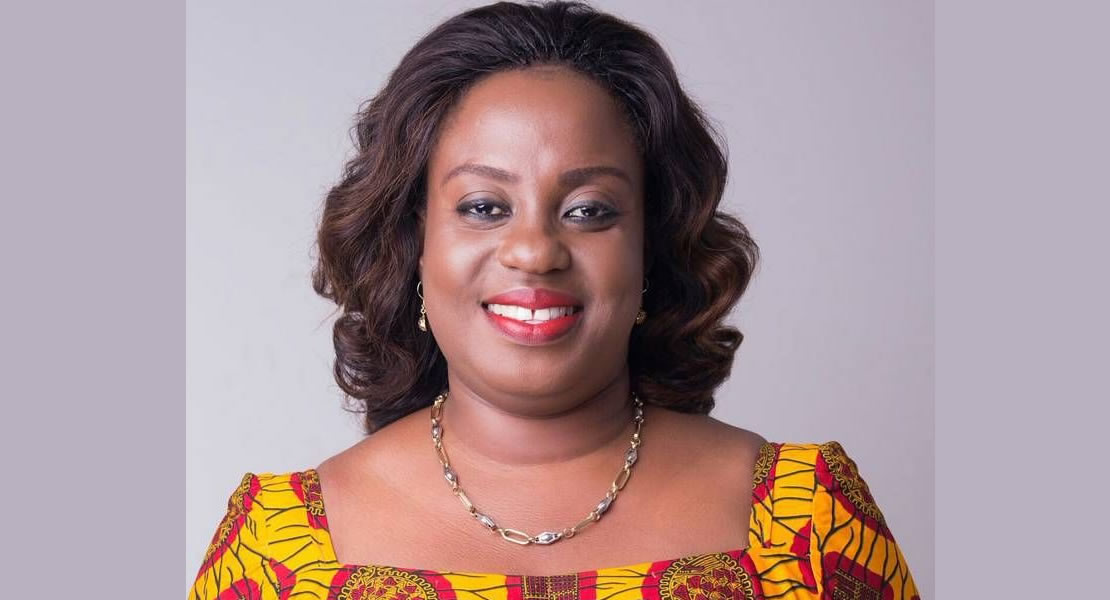 NDC MP for Ledzokuku Constituency in the Greater Accra Region and Deputy Minister for Gender, Children and Social Protection, Hon Benita Okity-Duah, has sought to distance herself from reports that she masterminded the removal from office of Hon. Daniel Amartey Mensah as Municipal Chief Executive (MCE) for the Ledzokuku-Municipal Assembly.

The Deputy Minister, in a statement issued today and signed by her Personal Assistant, Nii Ayi Anteh, denied ever saying that “I cannot work with Hon Daniel Amartey Mensah in a capacity as MCE for the Ledzokuku-Krowor Municipal Assembly”.

She however admitted that relations between the former MCE and herself were strained and there was more room for improvement; communication-wise.

Hon Okity-Duah pointed that she neither has “the power nor the locus to determine who becomes or is removed as MCE for any MMDA” and therefore could not have instigated his (MCE’s) removal.

“My target is to help fix the roads, improve on the water situation in Ledzokuku and deliver my promises to the constituents” and “not Hon Daniel Amartey Mensah,” the statement read.

Read below the full statement….

MY TARGET IS NOT HON DANIEL AMARTEY; MY TARGET IS TO HELP FIX THE ROADS, IMPROVE ON THE WATER SITUATION IN LEDZOKUKU AND DELIVER MY PROMISES TO THE CONSTITUENTS.

It has become very necessary to clarify the issues relating to the disturbances that occurred in Teshie on Monday, 19th August 2013 on the allegation that I, Hon. Member of Parliament for the Ledzokuku Constituency, Mrs. Benita Sena Okity-Duah have masterminded the removal from office of Hon. Daniel Amartey Mensah, the former MCE of the Ledzokuku-Krowor Municipal Assembly.

To start, I want to unequivocally state that I have no hand in the removal of Hon. Daniel Amartey Mensah as MCE for the Ledzokuku-Krowor Municiopal Assembly. Indeed, I have neither the power nor the locus to determine who becomes or is removed as MCE for any MMDA. To the best of my knowledge, that power to appoint or otherwise rests solely with His Excellency the President of the Republic of Ghana.

Further, I have never stated anywhere that I cannot work with Hon Daniel Amartey Mensah in a capacity as MCE for the Ledzokuku-Krowor Municipal Assembly. The position I have always maintained that I stated in a meeting with Hon. Julius Debrah, the Greater Accra Regional Minister, Hon Daniel Amartey Mensah, and others was that, I will appreciate an improved communication between the MCE and my good self. And that that was one way we can build on our relationship as MCE and MP for the good of our Constituents.

On my part, I have been doing everything possible to consolidate the communication between us. The last time I called Hon Daniel Amartey Mensah was on 7th August 2013 when I was following up on an invite I extended to him to be part of a Stakeholders’ Forum I was to hold with my Constituents on the 10th of August, 2013. When I called him, after I mentioned my name to him, the call dropped. His phone then went off and all efforts to get him back on proved futile. Although, I put his name on the programme as a Speaker, Hon. Daniel Amartey Mensah didn’t come to the programme and didn’t even call to inform me of his inability to make it.

The challenges that confront the good people of Teshie are numerous. Close to 80% of our roads are unmotorable/ untarred. The unemployment level among our vibrant youth is disturbing. The water situation needs to be improved. We have to tackle sanitation head-on. I have promised the Constituents of a Central Market and a Community Bank. These among others are what occupy my thoughts on daily basis. These are my target, and I am committed to helping in whatever ways possible to ensure that Teshie overcomes same.

I am ready to work with all stakeholders to put Teshie on the height it belongs. I am committed to lasting peace within the Constituency. Teshie must have its fair share of the Better Ghana success stories and I am looking forward to that. His Excellency the President appoints MCEs and I have no mandate or intention to usurp that.

Long live the People of Teshie. I feel privileged to represent them in Parliament and will always work in their interest. I use this opportunity to wish the chiefs, elders, and the people a happy homowo. Afi aya ni eba nina wor!!

On behalf of the MP.