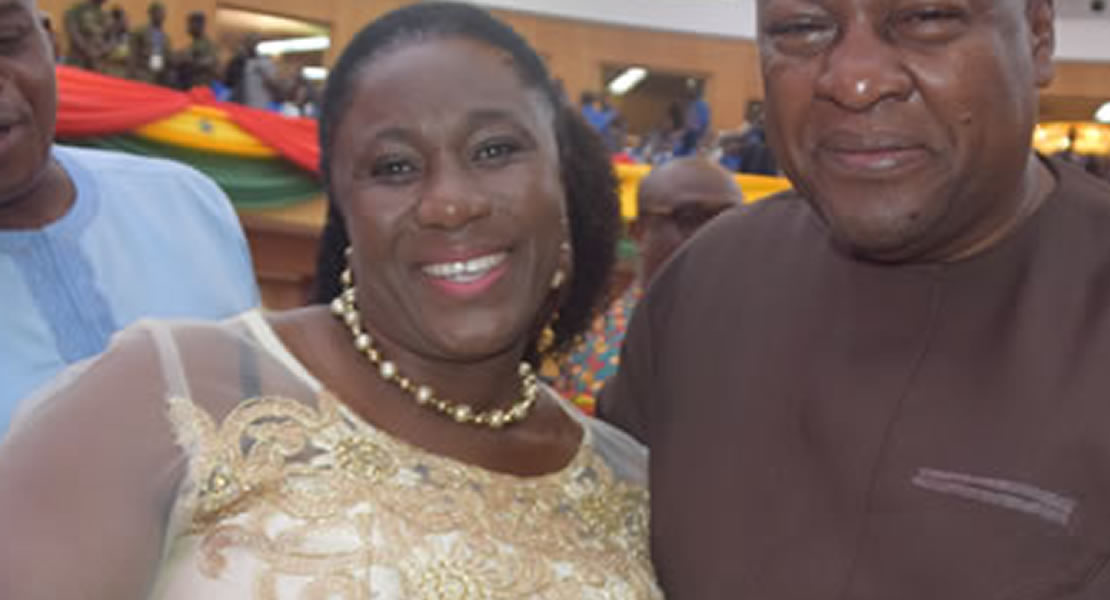 February 22, 2019
Member of Parliament for Domeabra/Obom, Sophia Karen Ackuaku has said she would be really shocked and surprise if the former President John Dramani Mahama get less than ninety (90) percent in the upcoming Presidential primaries.

According to the Domeabra/Obom lawmaker it is only JDM who can take the opposition National Democratic Congress (NDC) to power in 2020.

The opposition National Democratic Congress would go to the polls tomorrow to elect their flagbearer for 2020 tomorrow.

In an interview, she noted that her colleagues outside Accra have gone back to their constituency to organize delegates for the primaries tomorrow.

And added that, majority of his colleagues in the Minority have endorsed the former President who is a candidate in tomorrow’s Presidential Primaries.

When asked if MPs on the Minority side are not endorsing JDM because they fear they would lose their primaries, she said, “There is nothing like that, nobody can intimidate any MP to go for what he or she does not want, because whoever would emerge does not vote in your constituency at the end of the day, if you do your work well on the ground no one would intimidate you”.

She further pointed out that, for MPs to lose their primaries it has to do with the work they do on the ground, nobody from the top would decide.