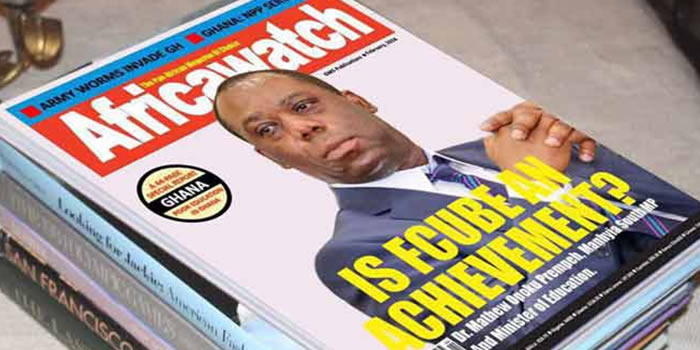 The Deputy Minister of Roads and Highways, Dr Nii Oakley Quaye-Kumah has rubbished the latest political rankings by Africa Watch Magazine which rated him poorly as a non performing deputy minister.

The Africa Watch Magazine barely five months ago rated most of the Ghanaian Parliamentarians poorly, an action that was met with a lot of anger from the legislators.

Speaking to Citi FM, Hon. Nii Oakley Quaye-Kumah stated that the score awarded him must be treated with the contempt that it deserves as the exercise done lacked credibility.

He challenged the magazine to make public the indices that it used in arriving at the conclusion.

Dr Quaye – Kumah who is also the Member of Parliament for Krowor however expressed confidence that the new ranking notwithstanding, he was going to retain his seat.

“I’m not bothered by this new rating, even though my political opponent may use it against me in the impending 2012 elections, my constituents are witnesses to the many developmental projects I have embarked on since becoming the MP for the area’’ he said.