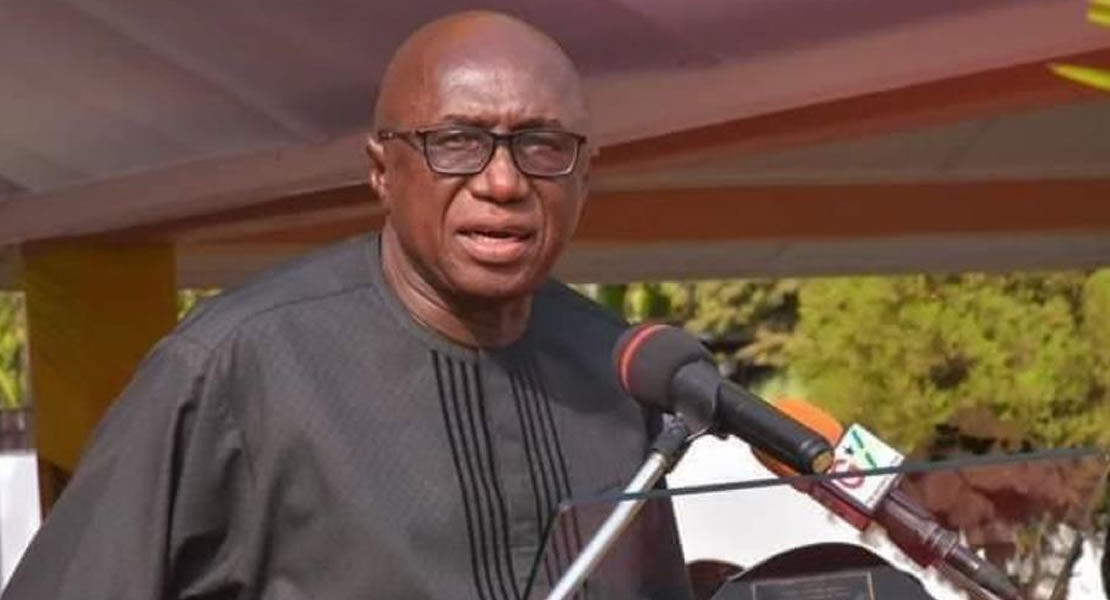 President J. E. A. Mills is expected in Parliament on Thursday to present his State of the Nation Address and ahead of that day, Deputy Minority Leader in Parliament, Ambrose Dery, expects the President to tell Ghanaians what steps he has taken to make 2011 a “Year of Action.”

Speaking in an interview with the Times last Friday, Mr Dery, Member of Parliament for Lawra/ Nandom, said “increasingly the President is becoming a man of words rather than action.

“We hope that the President’s sectional address will spell out action plans and hopefully, the one directed at improving the lot of Ghanaians because petroleum products had gone up and had the tendency to fuel inflation and, thereby, increase the suffering of the ordinary Ghanaian,” the former Minister of State at the Ministry of Justice and Attorney-General’s Department, said.

Asked whether the government had not made good its promise to make year 2011, an action year with the cutting of sod for the commencement of work for two more public universities in the Volta and Brong-Ahafo Regions, Mr Dery said the President did not say in his manifesto that he was coming to cut sods.

“He made definite pronouncement regarding the provision of additional universities to improve access to tertiary education.

“He should make good his campaign promises by opening the schools,” he said, adding “this sod cutting is not what you promised and must not come with pomp and pageantry; these are all populist and propaganda tactics.”

Mr Dery said as a country, “we should go beyond the pomp and pageantry of sod cutting to provide for the basic needs of the people,” explaining that he was worried of the tendency where “we go to cut the sod and nothing appears to work after all, “citing the example of the Wa Regional Hospital that the Vice-President went to cut the sod for work to commence and eight months later no work had started.

The Deputy Minority Leader urged the government that while cutting sods for works to commence on additional universities, it should try to solve the infrastructural problems of the University for Development Studies (UDS).

Mr Dery said the UDS had a population of about 12,000 and that the university might not be able to give admission to the envisaged 4,000 students because of the serious infrastructure challenges.

“We may see lots of qualified applicants being denied the opportunity to access tertiary education because of lack of accommodation; I wonder what will be the future of such applicants,” the Deputy Minority Leader said.

He said the government should work to open separate universities in the Upper East and Upper West Regions to improve access to tertiary education, rather than distributing the UDS campuses to the three regions of the north.

Meanwhile, the TESCON UDS branch at Wa has denied reports attributed to the Deputy Minority Leader in Parliament, in some sections of the media that he is opposed to the opening of two universities in the Volta and Brong-Ahafo Regions.

The TESCON UDS Wa branch said the statement carried out in the “Informer” was a twist of facts carried by the paper ostensibly to “tarnish the good image of the hardworking, patriotic and nationalistic Deputy minority leader.”

The president of the Wa branch, Nambe Rahaman Sumaila, in a statement issued to the press, said Mr Dery stated emphatically that “President Mills should ensure that the singular golden venture of establishing universities in the Volta and Brong-Ahafo Regions never became a farce.

“He urged the President to marshal all the necessary resources for a smooth commencement of teaching and learning in these universities within the shortest possible time,” the statement said.

It also said the Deputy Minority Leader urged the government to ensure that the right infrastructure was provided for the Wa campus of the UDS.

“We take solace in the fact that the “INFORMER” newspaper has the penchant for maligning and discrediting personalities who worked hard to distinguish themselves in their various careers and professions,” the statement added.