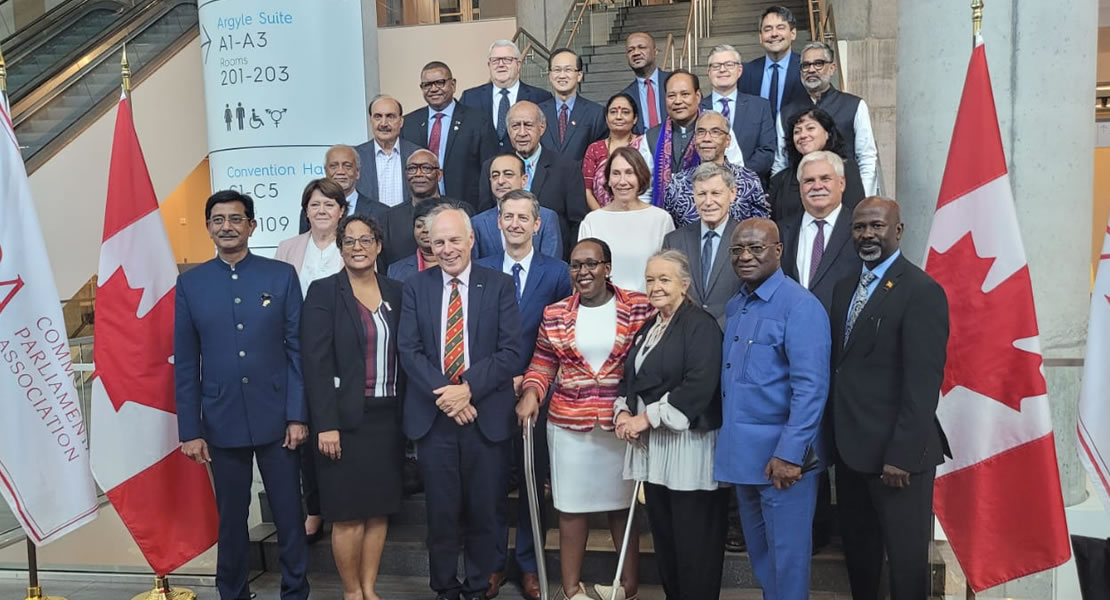 He has held the role of Acting Chairperson of the CPA Executive Committee since April 2021.

The CPA Chairperson is elected for three years by the CPA General Assembly and works with the CPA Secretary-General and the CPA Headquarters Secretariat to lead the Association.

Members also endorsed the appointment of Hon. Shri Anurag Sharma, MP, and Member of the Lok Sabha at the Parliament of India as the new CPA Treasurer.

The Treasurer, who is a Member of the Association nominated by the Executive Committee, is appointed for three years by the General Assembly and works with the CPA Secretary-General and the CPA Headquarters Secretariat to monitor the finances of the Association.

The CPA Treasurer also heads the Trustees of the Association.

The 65th CPA General Assembly was followed by a meeting of the new CPA Executive Committee during which Hon. Osei Kyei Mensah Bonsu, MP, Majority Leader and Member of the Parliament of Ghana was confirmed for the position of Vice-Chairperson of the CPA Executive Committee. The position of Vice-Chairperson is for a term of one year and the holder is also a Member of the CPA Co-ordinating Committee.

The CPA is an international community of around 180 Commonwealth Parliaments and Legislatures working together to deepen the Commonwealth’s commitment to the highest standards of democratic governance.