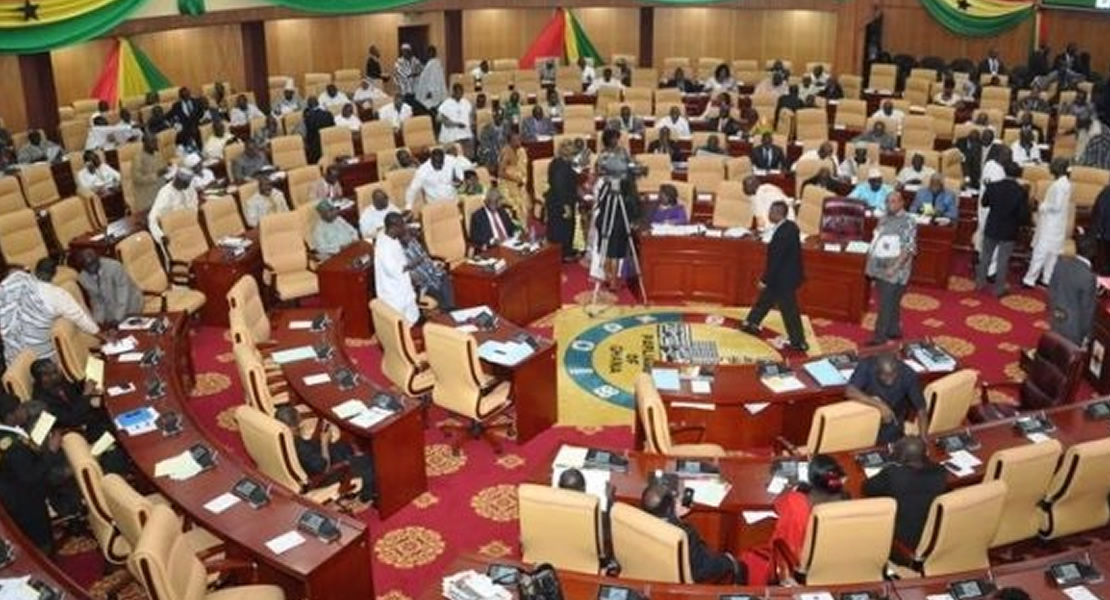 Debate in Parliament on clause 23 (1) (2) of the Petroleum Revenue Management bill 2010 stalled and subsequently deferred when a member tabled an amendment encapsulating the wishes of the Chiefs of the Western Region.

The Western Regional chiefs had tabled wishes and demands to Parliament that included the allocation of ten per cent of Ghana’s share of the oil and gas proceeds for the development of the Region.

Mr Kwabena-Okyere Darko-Mensah, NPP member for Takoradi who sponsored the amendment sent the house into deadlock over the legitimacy of his proposal hence the deferral.

He had based his argument on Article 108 of the 1992 constitution which states: Parliament shall not, unless the bill is introduced or the motion is introduced by, or on behalf of , the President, (a) proceed upon a bill including an amendment to a bill, that in the opinion of the person presiding, makes provision for any of the following;
(ii) The imposition of a charge on the consolidated fund or other public funds of Ghana or the alteration of any such charge otherwise than by reduction.

Mr Darko said the bill was introduced by a member of the Executive on behalf of the President and so can be amended by Parliament.

Mr Avoka told the member that: “we are looking at the original bill, saying the provision in the original bill must indicate that there is a charge on the consolidated fund and if it is not included then any alteration of the constitution is null and void.”

According to the original bill, outside of the national budget allocations, extra budgetary activities and statutory earmarking of petroleum revenues for any special consideration is prohibited.Mr Darko said his proposal was not a charge on the consolidated fund but was all about apportioning.

Mr Darko’s proposal was to be considered after an earlier one proposed by the Chairman of the Committee, James Klutse Avedzi, who proposed an amendment to the effect that “Extra budgetary activities and statutory earmarking of petroleum revenue for any exceptional purpose is prohibited.”

According to Mr Darko, if the Chairman’s proposal was accepted and inserted in the bill, his proposal would be rendered irrelevant that was why he demanded that his issue was handled before the Chairman’s amendment proposal.

Mr Darko proposes that “Outside the Western Regional Development Fund and the national budgetary allocations, extra budgetary activities and statutory earmarking of petroleum revenues for any special consideration prohibited.’

The debate continued until Mr Adjaho called for the debate on the clause to be deferred to a later date.
However in an interview with the Ghana News Agency, Mr Darko said if his amendment proposal was ignored, he would seek the Supreme Court’s interpretation on the Article, According to him, Parliament has ever amended a clause to increase the number of Board members for an activity in a bill which was not considered a charge on the consolidated fund and asked:”why should this proposal should be seen as a charge on the consolidated fund?”

He said that the Majority were only misinterpreting Article 108.