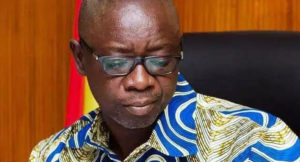 Parliament of Ghana would reconvene for its third meeting of the third session on Tuesday the 22nd October 2019 for the seventh Parliament of the fourth Republic.

Speaker of Parliament Professor Aaron Michael Oquaye in accordance with standing order 37 of the House gives notice of the commencement of the House.

In an interview with the Majority Chief Whip, Kwesi Amenyaw Cheremeh he had given indications that the House would consider an amendment bill which takes power away from the President from appointing,  Metropolitan, Municipal and District Chief Exclusives to be elected.