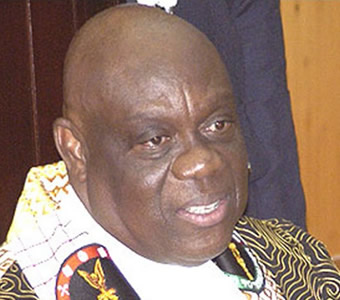 Mr. Ebenezer Sekyi Hughes was born in Cape Coast on 4th September, 1939. He had his basic education at Cape Coast Government Boys School and attended Adisadel College also at Cape Coast where he obtained the West African School Certificate in 1958.

He also obtained the Cambridge Higher School Certificate in December, 1960 and attended the University of Ghana, Legon, September 1961. He also in 1964 had the BA (Hons.) Second Class Upper Division. In 1965, he had a special award by Academy of International Law at The Hague, Holland, to attend seminars on both public and private international law such as the International Court of Justice hearings on South West African Suit at The Hague.

He was admitted to the Ghana Bar as Barrister and Solicitor of the Supreme Court of Ghana in 1966. Since October, 1966, he has been a legal practitioner and a partner in Gaisie Zwennes Huges & Co., a law firm with branches in Takoradi and Accra.

He was appointed a Notary Public in 1974 by the Chief Justice of Ghana. He was the President of the Ghana Bar Association, Western Region, from 1977 to 1981. Between 1977 and 1981, he was a member of the Judicial Officers of every rank in Ghana.

For his good services and knowledge in law, in 1990, he was elevated to the status of Senior Advocate of Ghana. He was a member of the Council of State of the Republic of Ghana, a position he has been holding since 2001. Mr. Hughes was not a general appointee but an elected representative of the good people of Western Region.

His hobbies are reading, travelling and club life. He has interest in human rights and environment. He is married with six children.