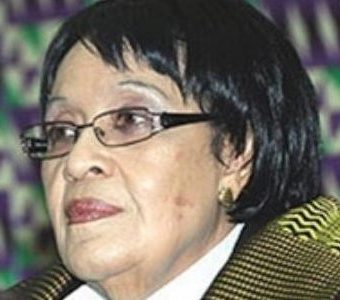 Her Lordship Justice Adeline Bamford-Addo, was born on the 26th day of March, 1937. She had her early education at the OLA Boarding and Government Girls Schools in Cape Coast and had her secondary school at Holy Child in Cape Coast.

After that, she proceeded to London where she had the opportunity to study law and was called to the Inner Temple, London, in 1961. From 1061 to 1963 she practiced law in London and proceeded to Ghana, where she was appointed as the Assistant State Attorney on the 27th day of December, 1963.

She went through the ladder until the 21st January, 1986, when she was appointed the Director of Public Prosecutions. After dint of hard work, she got noticed and elevated to the Supreme Court where she served as a Supreme Court Judge between 1991 and 2004.

While going through the mill, she had the opportunity to serve in various offices and capacities. She was a member of the Ghana Law Reform Commission, the Legal Aid Board and Ghana’s representative to the United Nations Commission on the Status of Women. She also served in the Judicial Council as a member of the Deputy Speaker at the Consultative Assembly in 1992 and also represented Ghana at numerous conferences during the course of this public service.

In 1983, she represented Ghana at the Conference on the Status of Women which took place in Tunis. She was also at the Commonwealth Law Ministers Conference in Sri Lanka in 1983.

She retired from public service in October, 2004 after 43 years as a practicing Lawyer and 13 years as a Judge of the Supreme Court of Ghana.