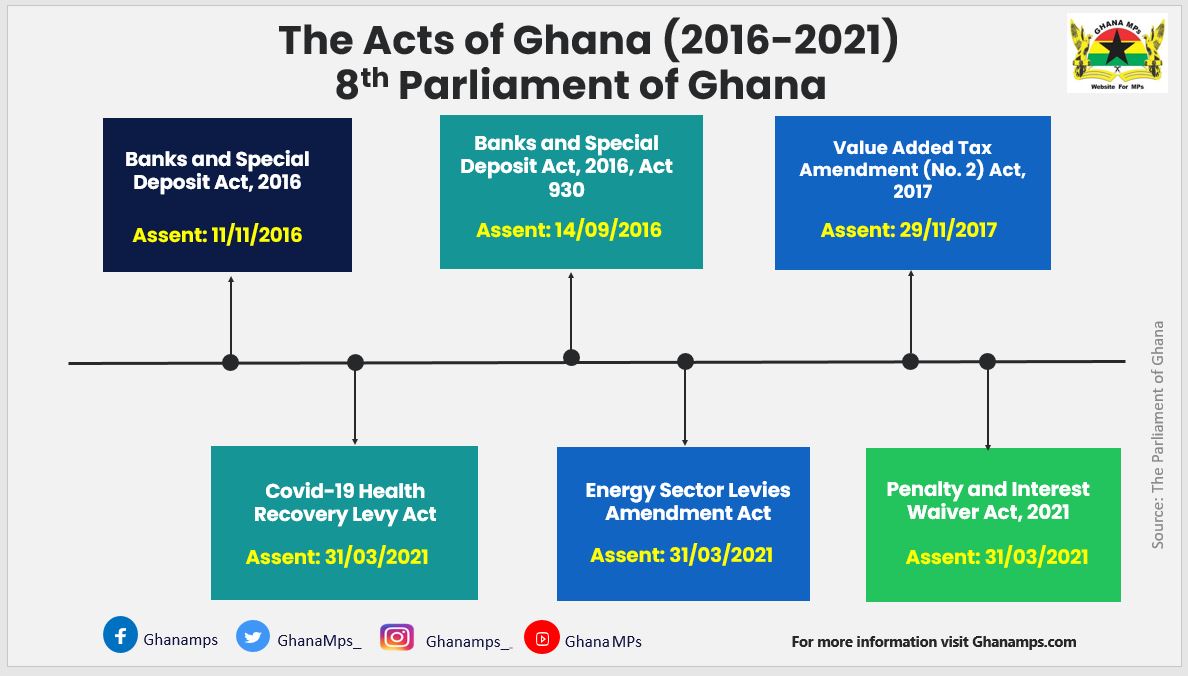 Since the beginning of the 1st parliament of Ghana, it has been able to successfully pass different laws that govern its people. Below are the various Acts passed:

You can access the Acts by Clicking on them.