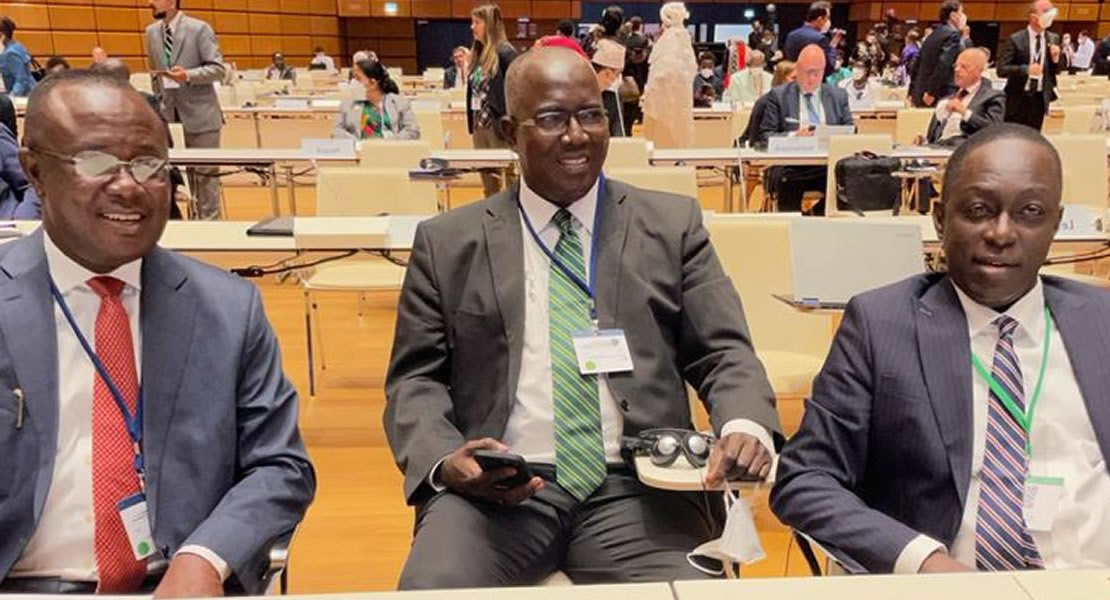 First Deputy Speaker of Ghana’s Parliament, Joseph Osei-Owusu, has observed that the quest to contain the Covid-19 pandemic has scaled up the use of emergency powers by a number of governments, giving rise to widespread abuse of those powers.

He was contributing to a panel discussion on the topic “emergency measures imposed by Government must always be subjected to Parliamentary approval and regular review” at the Fifth World Conference of Speakers of Parliament currently under-way in Vienna, Austria.

Mr.  Osei-Owusu, who is the leader of Ghana’s delegation to the conference, said the threat to democracy occasioned by the Covid-19 pandemic appears to be more catastrophic than the losses already experienced by humanity as a direct result of the pandemics.

He was concerned that the world risks losing the dividends of democracy should governments fail to act in unison and fast enough. 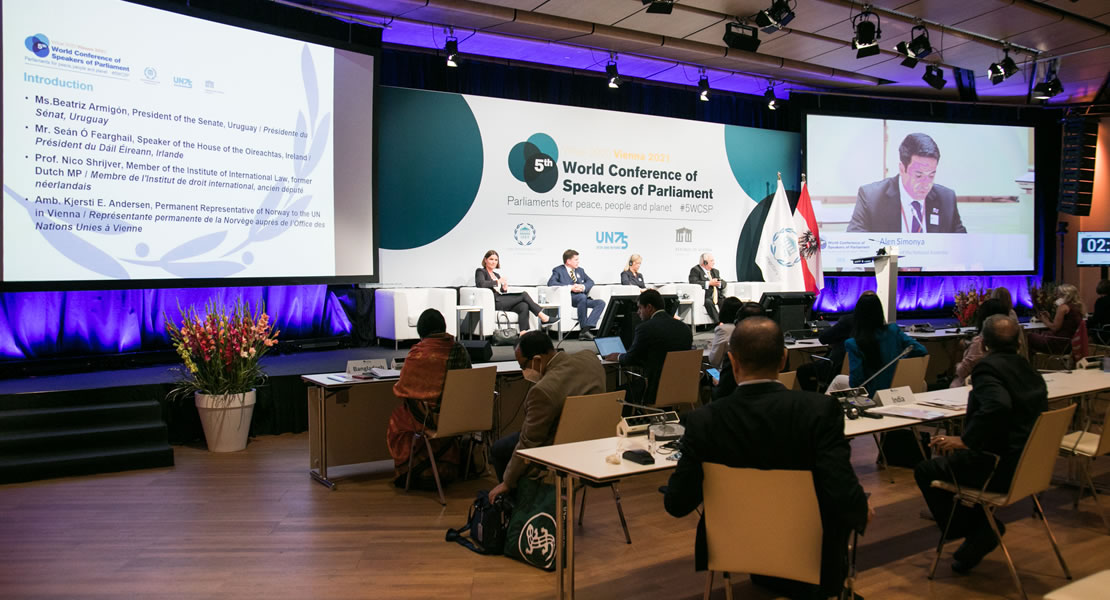 “It is a truism to state that the Covid-19 Pandemic has come to stay, at least into the foreseeable future. Its impact has been devastating to the global economy just as it has constrained the space for good governance around the world”, said the First Deputy Speaker.

He further noted that the shrinking space of democracy as a result of the search for solutions to the pandemic has been characterized, in a number of countries, by the excessive use of emergency powers by the Executive arms of government, often reflecting in decisions that are taken without recourse to the legislature.

In some cases, he said, such powers have been exercised without due consideration to the concerns of opposition parties. In others, they have been very repressive in their outlook and devoid of public inputs and the preferences of the governed. “Human rights abuses are inherent in these, as basic freedoms are denied the people,” he pointed out.

According to the leader of Ghana’s delegation, there has been the use of draconian measures to impose far-reaching restrictions in certain parts of the world. Emergency powers of some governments around the world have been expanded beyond the reasonable remit of the law, and media freedoms have been suppressed, preventing the publishing of any material other than what is politically correct from the perspective of governments. These, he said, are some examples of undemocratic measures undertaken by certain governments under the guise of fighting the pandemic, using emergency power.

Mr. Osei Owusu maintained that “altogether, the legitimacy granted by the Parliamentary approval of the use of emergency powers by governments is complemented by the implicit consent of the public to cooperate with the government in finding a lasting solution to the problem. In the light of the foregoing, it is my considered opinion that it is always necessary to subject the use of emergency powers by government to regular legislative scrutiny and reviews”.

Whilst admitting that emergency powers are essential in dealing with major global challenges including the Covid-19 Pandemic, he said it was for good reason that the laws of most countries require that emergency measures undertaken by governments are brought to the legislature for ratification and, particularly, for extension beyond the minimal terms that the laws often grant governments to exercise.

He shared Ghana’s experience, where the legal regime granting the President of the country the authority to deal with the pandemic, limited any emergency regulation enacted to a maximum period of three months in the first instance, and an extended period of only three months when it was absolutely necessary.

That way, he said, Parliament retained its supervisory role over the executive.