The Toll Workers Union on Tuesday, July 5, 2022 registered their displeasure about their living conditions since the cancellation of toll collection in November 2022.

Presenting a petition to parliament on Tuesday, Mr. Edward Duncan, Secretary to the Union said government has failed to deliver on its promises of reassigning members of the group, as well as paying their salaries until they secure new jobs. 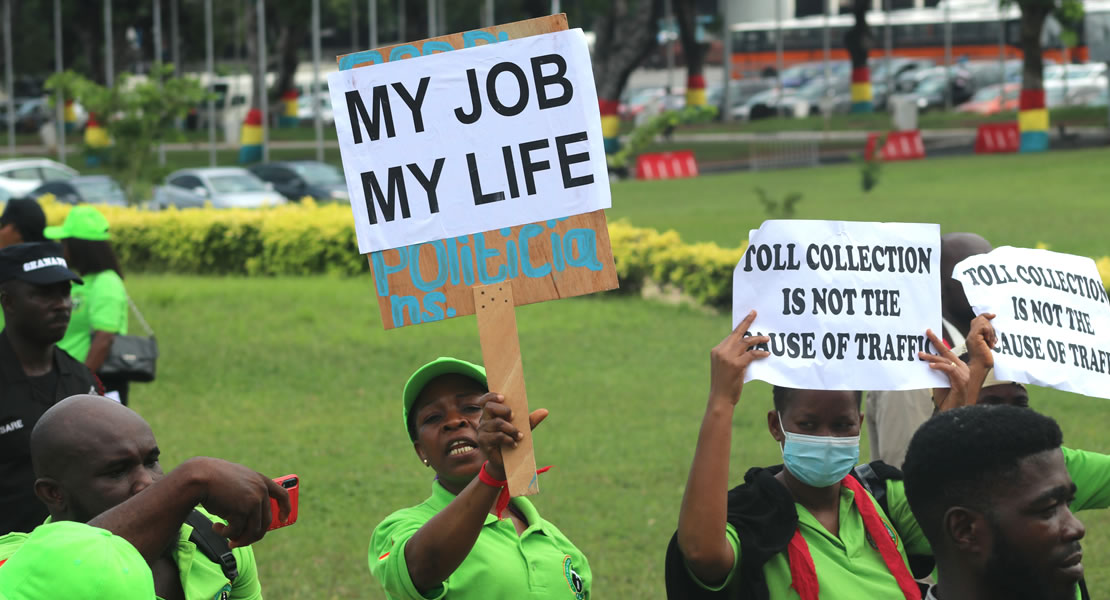 According to him, government only paid two months’ salary to them – November and December, but failed to credit their accounts since January 2022 till date.

The situation, they contend is making life unbearable for the about eight hundred (800) of their members, thus the call on government to immediately pay their salary areas.

They asserts that the best solution to addressing the problem is for government to reintroduce the toll collection to enable them go back to work and contribute their quota to national development. This would enable government also improve on its revenue collection to aid development.

Mr. Duncan noted that the reasons adduced for the cancellation of the toll collection; one of which is the fact that the toll booth are the cause of vehicular congestion is not strong enough, adding that if government had engaged the workers they would have given them practical solutions. 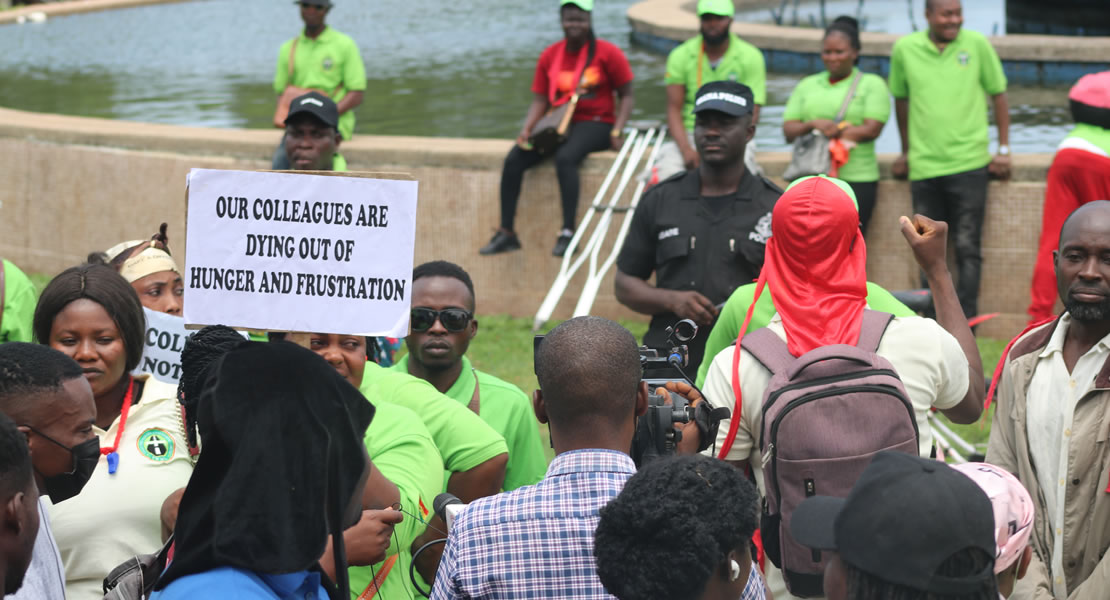 Madam Lydia Seyram Alhassan, Deputy Majority Whip who jointly received the petition alongside her Minority counterpart, Ibrahim Ahmed expressed gratitude to the group for taking the path of democracy and deciding to convey their grievances to parliament instead of other tools to register their displeasure.

Mr Ahmed Ibrahim on the other hand noted that as a country, whenever the two parties agree on something, there is success, but when they disagree the masses surfer.
It is in light of this that they were able as parliament in approving the District Assembly Common Fund (DACF) in which a portion (3%) was set aside for persons with disability.

He stated that the problem with the toll booth cancelation and the resultant challenges the workers are faced with is because they did not agree on it.

According to him, having presented a second petition, it would serve as a wakeup call for urgent action to address the problem and assured that they would do the needful to ensure the Speaker gets the petition and with the help of the leadership action is taken on it.