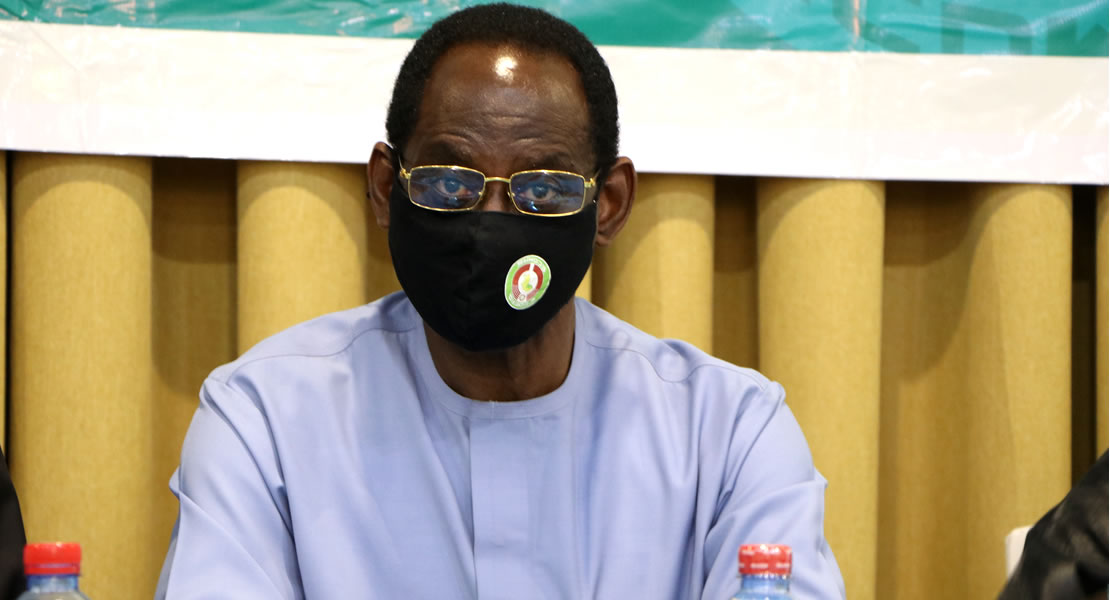 First-year into the second term of President Nana Akufo-Addo administration, names of who is likely to lead the New Patriotic Party (NPP) into the 2024 presidential election has started coming up.

But in the view of Dr Kofi Konadu Apraku, former Trade and Industry Minister under the John Kufour administration, it is important that the current Akufo-Addo led government is supported to perform and succeed first, before the issue of who leads the party into the 2024 presidential election to break the eight (8) years cycle is discussed.

As to whether he could contest the flagbearer ship of the NPP when the time comes, he said: “I cannot confirm, we have a lot of time and programme that have been provided by our leadership at the party level and requires us to curtail any outward ambitions and activities that may disrupt or disorient policies that are being pursued by our own government”.

And further pointed out that, the NPP just went through a very difficult elections in the 2020 presidential and parliamentary elections, and had not learnt lessons yet; “all of a sudden everybody seems to be interested in the future leadership of our party, let us consolidate this leadership first”, he stressed.

Again, he added that the current government should succeed so that Ghanaians become proud of a government that has the capacity to deliver, then when one runs as a presidential candidate of the NPP, it has the prospect of winning. “You should not just run because you want to be president lose or win”.

“I believe the NPP provide the best prospect for Ghana’s development, but we have to put our house in order and strengthen our structures and learn what went wrong in the 2020 elections and look forward to a united party, and should not be a party that is already fighting each other; it is too early for that”.

As to if the ECOWAS Commissioner for macroeconomics policy and research would be appealing to NPP delegates if he decides to run in NPP primaries when the time comes, he pointed out that it is too early, but however, pointed out that he had contested before and delegates would give one opportunity when one campaign. “We run to win not run to fight, let us build our party to be strong enough so that whoever is selected would have the greater chance to win”.

When questioned on his thought about breaking the eight-year cycle in power, he noted that Ghanaians seems to believe that every eight years they have to change government and even in the most advanced democracies like the United States of America when they started there were no term limits, “you go as long as the people want you to stay in power; we have jumped it and made it mandatory, but eight years is not enough to build sustainable development and should not be taken as if it’s the order of things. Governments should be examined carefully; I use the word advisedly

Dr. Konadu Apraku noted that it takes time to build a stable economy; and in the issues of economic development in recent times, it is always the case that governments that had been stable for a long time have been most successful.

“We need to be careful before we make a change, we should not do that in anger, sometimes we get frustrated we want to change the government, but we need to look at the long-term agenda programme that is being put in place. Economics is not like other things where you grow food and in three months it is supposed to bear fruits, it takes a long time, you have to be patient and very deliberate”, he noted.

He advised Ghanaians not to allow the opponents of the NPP to give them sweet words, and believe the NPP should be given the mandate that they deserve. “If we do well, we should be allowed to continue, it is the same the other way round, and the prospect of Ghana’s development rest with the NPP; I have no doubt at all in my mind”.