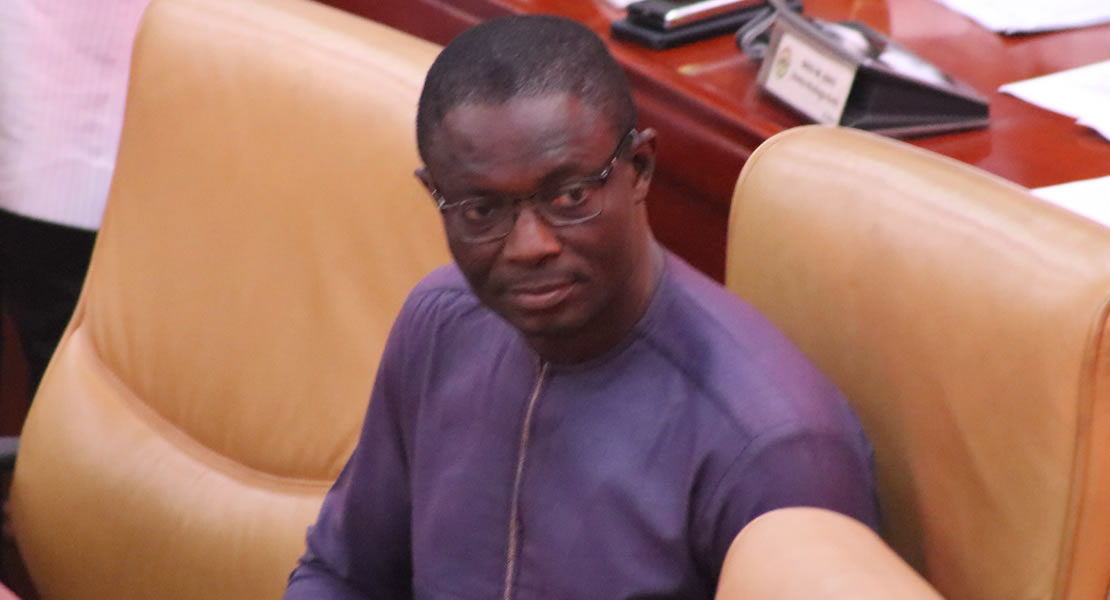 Chairman of the Finance Committee
July 22, 2022

The Bank of Ghana’s (BoG) foreign reserves has declined from $9.7 billion to about $7.63 billion at the close of June 2022 and not to $3bilion as contained in the Finance Committees report on the $750million Loan Facility Agreement between the Government of Ghana and the African Export-Import Bank (Afreximbank) as approved by parliament. The Chairman of the Finance Committee of Parliament, Kwaku Kwarteng disclosed this on the floor of the House on Friday, July 22, 2022 when he sort to correct the error as contained in the Finance Committee’s Report for the Approval of the $750million AfreximBank loan.

This declined to US7.68billion at the close of June 2022”.
In terms of net international reserves, he said “the country closed December 2021 with $6.08 billion. This position declined to $3.58 billion at the close of June 2022”. “Mr. Speaker, the error is regretted and I request the Clerk at Table to ensure that all the records are accordingly corrected,” he told the House, and apologized for the blunder.

The Minority however, raised strong objections at the decision of Mr Kwarteng to apologise and correct the earlier figures contained in the Finance Committee’s report. The Minority questioned the integrity of the entire House as it had approved the $750 million loan based on the alarming figures of the Central Bank’s reserves and the urgent need to support the 2022 budget.

“Mr Speaker, I was in that meeting and it was the Minister of Finance who made that statement and our Clerks of Parliament have responsibility to capture exactly what the minister said and the report was signed by the Chairman of the committee. I do not think it is the chairman who has to amend this figure; if for any reason the information we have on record is different from what the central bank has it is for the BoG to issue a statement to correct same if it is not same,” he stated.

Consequently, the House agreed to stand the correction down until Monday, July 25, 2022 when the Minister for Finance, Ken Ofori-Atta, is to appear before Parliament to present the Mid-Year Budget Statement and also confirm the data and figures as Mr. Kwarteng sought to correct.