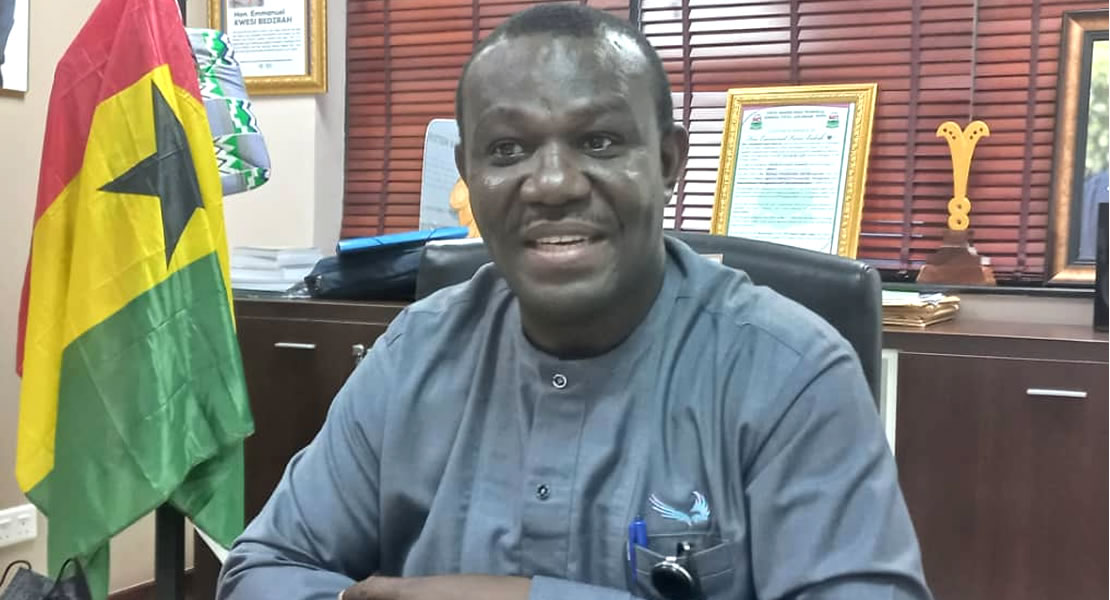 A member of Ghana’s delegation to the Economic Community of West African States (ECOWAS) Parliament, Emmanuel Kwasi Bedzrah said it does not lie in the mouth of the Cape Verde lawmakers to say they would withdraw their services from the Parliament.

According to him there are various member states which form ECOWAS, and such withdrawal should be decided at the level of  Authority of Heads of States and Government, since they came together to form a common union.

Again, the formation of the Union is to see to the welfare of citizens within member states and added that the vision 2050 of ECOWAS which was presented last week Saturday, December 4. 2021 in Abuja is geared towards that.

The final sitting of the 39 member adhoc committee on the consideration of the draft consolidated community budget for the year 2022 was delayed by over four hours due to severe protest by the Portuguese speaking Parliamentarians who threatened to withdraw from every engagements of ECOWAS.

The Portuguese speaking member states’ agitation came as a result of being omitted during the distribution of translated working documents during the final sitting of the committee in Abuja.

Expressing the worries to the adhoc committee, one of the Portuguese speaking parliamentarians, Gabriela Alfredo Fernandes said the act of them being marginalized or excluded most of the times in the affairs of ECOWAS is a recurring event which must be stopped.

She insisted that henceforth they will never allow themselves to be treated as a second fiddle in the affairs of the parliament.

The situation which the committee condemned in strong term was however, brought under control by the parliamentarians.

The Chairman of the adhoc committee, Senator Ali Ndume who shared the pains of his colleagues said strong recommendation would be made to the leadership of ECOWAS Parliament to forestall future occurrence.

Mr. Emmanuel Bedzrah in an interview again pointed out that parliament is just one of the institutions of ECOWAS, and Cape Verde having issues with parliament is not enough ground to opt out of the community bloc.

“Let me place on record that the staffs in parliament need to do more, I witnessed the incident in question in one of our committee meetings, and at the plenary, where the budget from the Commission was presented to the parliament and that for the Portuguese colleagues were not part”.

He emphasised that the issue came up at the plenary and added that if it’s an issue having interpreters, the Community Parliament need to get them and pay them to work so that the needed materials can be worked on.