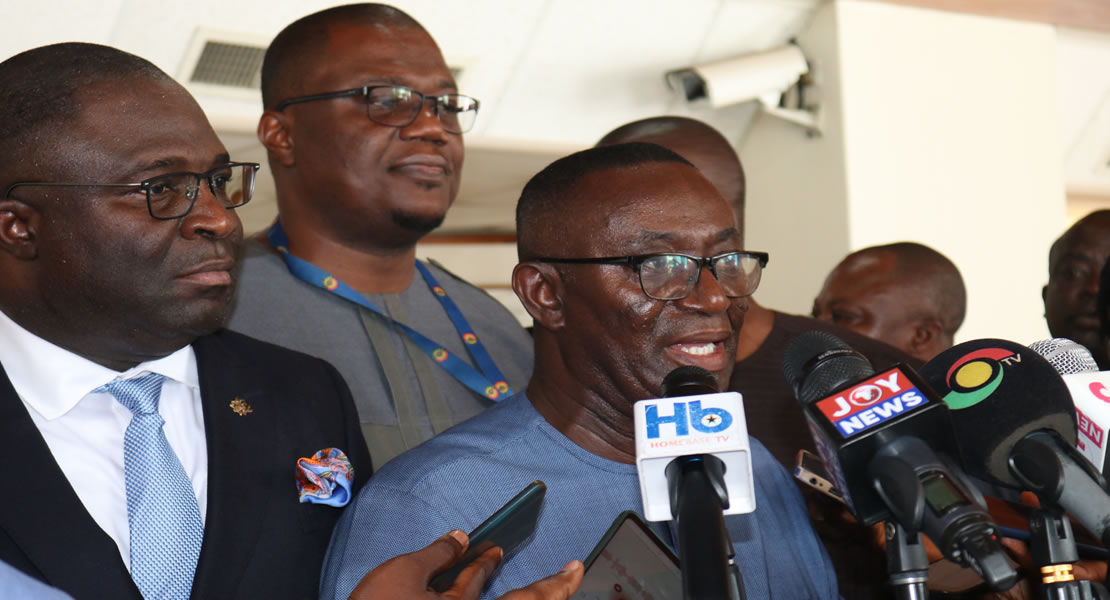 The Majority Caucus in Parliament has rescinded its decision to boycott the Presentation of the 2023 Budget Statement and Economic Policy by the Finance Minister Ken Ofori-Atta.

The Caucus had earlier called for the removal of the Minister of Finance Ken Ofori-Atta and the Minster of State at the Ministry of Finance, Charles Adu-Boahen failure of which they would not participate in any government business brought before the House including the presentation of the 2023 Budget Statement and Economic Policy, and passage of the Appropriation Bill.

The Majority Caucus remained resolute on carrying on with their threat, even after engaging with the President on the matter and a road map drawn. Their reason was some comments from the Finance Minister after they have heeded to the president’s demands which did not help their course.

However, a release signed by the Majority Chief Whip, Annoh-Dompreh titled “RESOLUTION OF IMPASSE IN THE NPP PARLIAMENTARY GROUP” indicates that the group has agreed to perform their duties in parliament following a meeting with the Leadership of the Party and the Council of Elders.

It reads “…….. At a meeting this evening, the 22” of November 2022, involving the Majority Caucus, the Leadership of the Party and the Council of Elders, it has been agreed by all to refocus and recline to the earlier position requested by the president,
To wit:

1. The demand be stood down until the conclusion of the round of negotiations with the: International Monetary Fund (IMF) which would feed into the 2023 Budget;

2. The presentation of the 2023 Budget Statement and Economic Policy on the 24th November, 2022 by the Finance Minister on behalf of the President; and

3. The subsequent presentation and passage of the Appropriation Bill
The meeting agreed that the President would act upon the initial request of the NPP Parliamentary Caucus after the conclusion of these matters”.

“Leadership and the Party in this regard call upon the Members of Parliament to attend to all Government Businesses in the House, including, in particular, the 2023 Budget Statement and Economic Policy and all connected matters”.