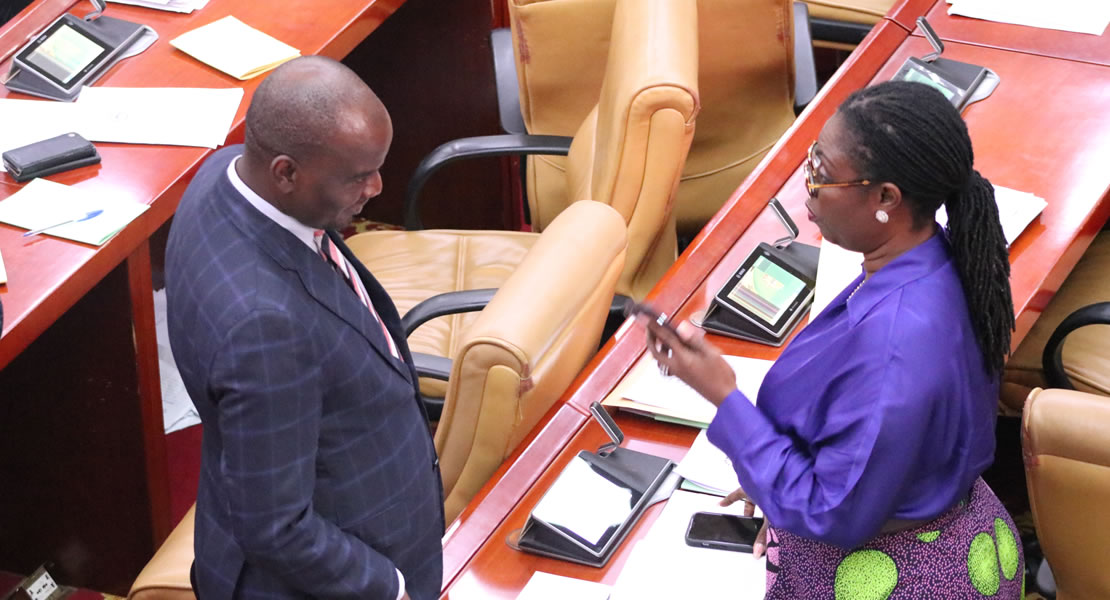 The Minority Caucus in Parliament will not support any loan agreements brought before the House by government if the Finance Minister does not show any clear path to get the country out of the current debt situation.

This is according to Minority Members on the Finance Committee of Parliament.

Speaking to the media after the Finance Committee meeting on Tuesday, November 22, 2022 to discuss three loan agreements brought before the committee for approval, including;
• USD$200.0 Million IDA Credit to Finance the Ghana Digital Acceleration Project;
• USD$150.0 Million IDA Credit for Primary Health Care Investment Programme; and
• USD$150.0 Million IDA Credit to finance the Public Finance Management for Service Delivery Programme; a Minority member of the Finance Committee, Thomas Nyarko Ampem, (Member of Parliament for Asuogyaman) said “we have taken a very simple position that looking at our debt situation, we are unable to support further approvals for further loans because we believe that if you are in a hole, you don’t continue to dig further.”

He said they are waiting for the Finance Minister to give out a clear path to take the country out of the current debt situation. “We need to know our debt sustainability plan; otherwise, we in the Minority are clear that we are unable to support additional borrowings by this government”.

He said a critical look at the loans show that most of the money is going into consultancy and other things; “we don’t see clearly what these funds are going to add on to what we already have”.

He said though the digitalization project makes some sense, it is unfortunate that they have earlier on approved about UD$150 Million for rural connectivity that has not really been implemented fully. “We want to see that all these things are done before add on to our debt situation”.

He asserts that the Minority is not against government concreting loans, “but until we see a clear path to debt sustainability it won’t make sense for us to continue to approve more loans”.