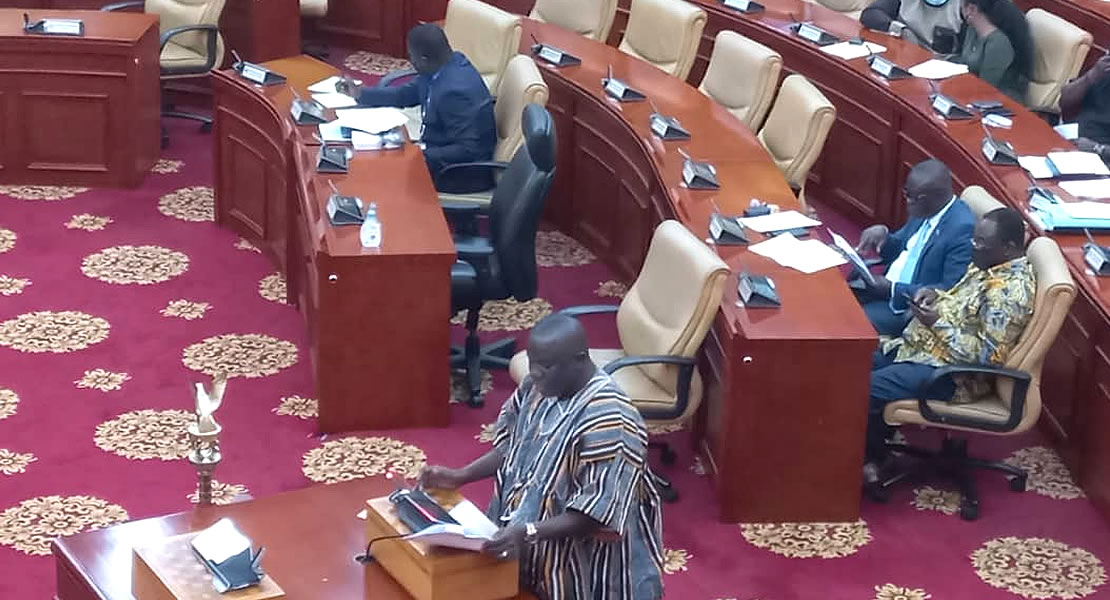 The Minister for Defence, Dominic Nitiwul has stated that the VVIP or Presidential travel is not about aircraft type or cost, but it is all about the safety of the Aircraft crew and passengers.

And further added that, the President could not have traveled with Falcon Ex-Easy with registration number 9G-EXE particularly to long and multiple destinations such as France, Belgium, South Africa and back to Ghana especially during this covid era, indicating that such travels would always require a larger capacity aircraft such as a BBJ or Airbus ACJ 319 Neo even when the Falcon is even airworthy.

The Defence Minister made these remarks when he answered an urgent question filed by the Member of Parliament for North Tongu, Samuel Okudzeto Ablakwa, in finding out whether the Presidential jet (Dassault Falcon-9G-EXE) is in good condition and considered air-worthy.

He further added that the Ghana Air Force for a longtime has asked for the re-equipping of the communication squadron to enable them perform their functions effectively.

The Minister stated that the current Falcon 900 Ex-Easy though serviceable lacks enough range to reach long destinations without refueling stops, and indicated that technically stopping at airports where the president does not intend to do a stopover could lead to unnecessary delays and placing a burden on an unintended host to offer diplomatic courtesies that they would not be ordinarily prepared for.

As refueling may take about two hours or more because passengers have disembarked for host country’s security to enter the aircraft. “In this era of COVID-19 and its associated protocols including distancing has further brought to bear the inadequacies of the current aircraft fleet”, he noted.