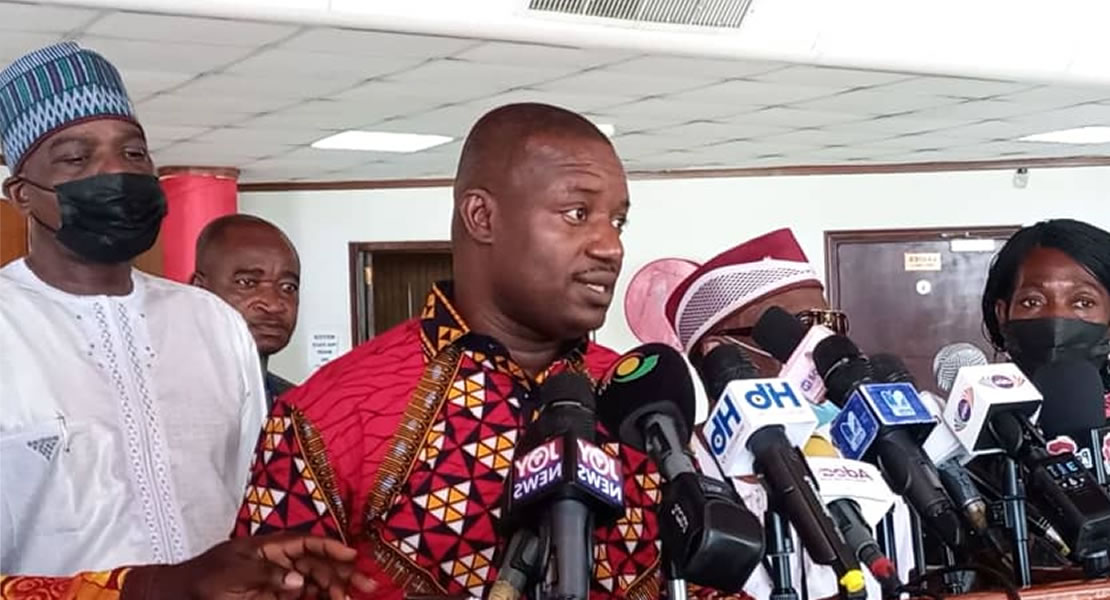 “Indeed they have run out of ideas. The Vice President has gone into comatose; he is nowhere to be found. This is the time he has to demonstrate leadership; this is the time government must show that it cares for the people, but all they are doing is whining, and whining. We believe that something must be done”, he stated.

Mr. Jinapor addressing the media in parliament described as worrying recent hikes in petroleum prices stating that in less than 3 months petroleum prices have increased by almost 70 percent at the pump.

“In fact if you take 33 African Countries, Ghana has the highest price when it comes to petroleum products at the pumps”. He said the situation is so bad that countries that are not oil producing countries are even doing better than Ghana.

“Indeed transport fares have increased by 15 percent, inflation today is at the rate of 15 percent, in the Greater Accra, it is about 9 percent. This morning the exchange rate, the dollar to cedis is trading at GHc8.5”.

The Ghana cedis, he noted, is today the worst in Africa in terms of performance with other major currencies. “The price of diesel at the pump is over GHC40 per gallon; that is the true state of the Ghanaian Economy today. Workers are suffering, teachers are suffering, drivers are suffering, members of Parliament are suffering, market women are really suffering. Indeed you wake up today and you don’t really know how you are going to make ends meet”.

He accused government of not doing enough to ameliorate the sufferings of the people; instead they only throw their hands in despair and blame the rising cost of fuel on international market prices. “And instead of this government sitting up and think outside the box, all what we hear is that they do not control world market pricing”.

He opined that the petrol we buy today is largely on the account of the depreciation of the cedi; “we control the cedi here”, he emphasized.

And on that basis the Minority, and the Mines and Energy Committee has called on the Akufo Addo Government to sit up and take pragmatic steps towards ensuring that they cushion the ordinary Ghanaian.

“Ladies and gentlemen, it is not for nothing that we instituted the Energy Sector Levy Act; our checks revealed that the Energy Sector Levy Act has accrued over 18 billion cedis since its inception. Our checks have further revealed that only 15billion has been spent, and yet the balance of 3billion cannot be accounted for. Worse of them is the Price Stabilization and Recovery Levy. It is supposed to cushion Ghanaians and petroleum consumers in difficult moments like this”.

Mr. Jinapor further argued that the levy was supposed to accrue over 2 billion, only one billion has been spent. “Where is the remainder of the Price Stabilization and Recovery Levy?”

The Ranking Member also wondered why government is not using the windfall from the bench mark value of $61 per barrel. “We have had so much money accruing from our petroleum export. The bench mark value that we put per barrel was $61, today Ghana is selling its crude at a price of over a $100, so what are we doing with the windfall in terms of the revenue that is accruing? He queried.

They therefore called on government to use part of that money as well as part of the reserve from the Energy Sector Levy to cushion the ordinary Ghanaian.