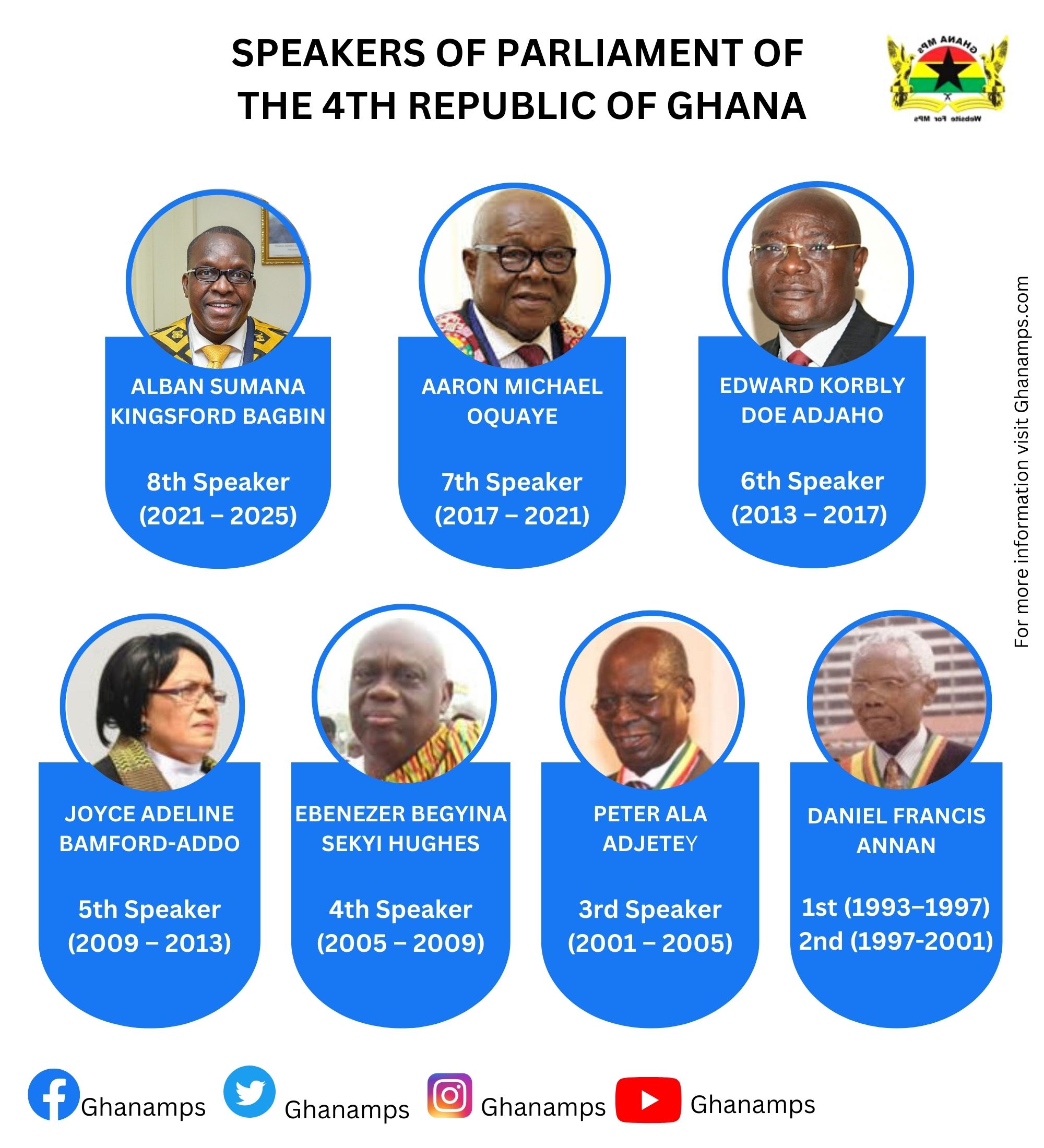 The Speaker of the Parliament of Ghana presides over meetings of the body. Sir Emmanuel Charles Quist, Speaker of the National Assembly from the time of independence on March 6, 1957, to December 1957, served as the first speaker of the Parliament of Ghana. The Ghanaian Governor presided over the legislative council before Ghana gained its independence. Its first African president, Emmanuel Quist, brought about a change in this in 1949. In 1951, Quist was chosen by the Legislative Council to serve as its first speaker.

Daniel Francis Annan, who became the speaker from 7 January 1993 to 6 January 2001, had the longest tenure. Joyce Adeline Bamford-Addo became the first female speaker of the Ghanaian parliament in January 2009.